Art's Home is my Kassel

Katrin and Susanne Heinz, both from Kassel, observe what happens to their city every 5 years when the world’s contemporary art scene comes to town for 100 days.

BADEN BADEN concludes Rachel Lang’s trilogy about her heroine Ana. Instead of returning the production company’s rental car she chooses to drive to her grandmother to build her a shower.

Amitchapong Weerasethakuls CEMETERY OF SPLENDOUR is a cinematic poem featuring a medium in contact with the dead and the undead, the dynamics of small town life and a military hospital.

German avant-garde filmmaker Ulrike Ottinger travels from Alaska to the Bering-Islands in her 12-hour documentary. This is the first part of her filmic collage, a meditation about nature and culture, history and modernity, art and ethnography. 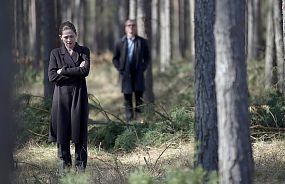 Omer Fast’s second feature is a postmodern thriller that continues his 2012 “Continuity“ installation and is chock-full of unreliable narrators. Everyone is named Daniel and involved with the war in Afghanistan 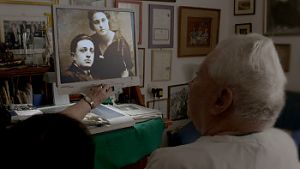 The Prince and the Dybbuk

Marina is trans and happy in her relationship with Orlando. When Orlando dies, his family wants to kick her out of their shared apartment as soon as possible and go so far as wanting to erase her from their family history. She is even told not to ...

Vivian takes an island break from job disasters and relationship troubles in this playful debut full of strange islanders and absurd encounters. 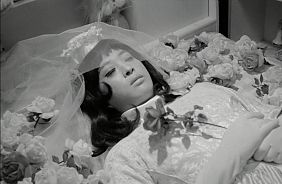 A rediscovery: an ultra-chic Japanese transgender drama from the 60s, based loosely on the Oedipus myth.

The moving, relaxing, and atmospheric GARTEN DER STERNE is about a cemetery at the heart of Berlin and trans Bernd Bossmann aka Ishgola Androgyn who runs a very special cemetery cafe there.

Filmed in the style of "Direct Cinema" THE GRAND MUSEUM by Johannes Holzhausen is an impressive and entertaining documentary about Vienna's "Kunsthistorisches Museum". 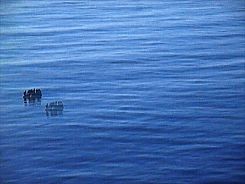 A single unedited youtube clip is stretched into a feature-length film and shows a refugee boat with 13 people far away in the middle of the azure blue sea. We hear more than 20 voices that make up a mosaic of information, tracks, speculations, and ...

During the Nazi era, many Germans sought political asylum in Turkey. In HAYMATLOZ, Turkish filmmaker Eren Önsöz speaks with the descendants of these emigrants.

After the death of his father, civil engineer Michael travels to Norway with his own son. Their relationship is difficult, they don’t talk a lot, fog hangs over the mountains. A road movie about speechlessness and fatherhood. 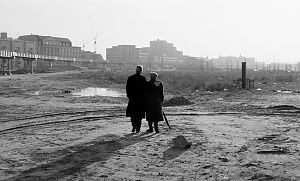 Otto Sander and Brunco Ganz as angels watching over Berlin. Wim Wender‘s poetic film is also a historic document of the city before the fall of the Wall. 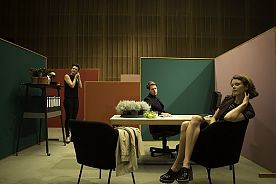 Love in a wholesale market microcosm: silent Christian starts a new job in the warehouse. His colleague Bruno shows him how to drive a forklift. Marion seems to like him, but she‘s married. 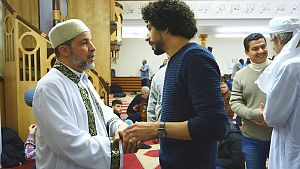 The documentary follows Imam Sabri, the head of a mosque in Berlin-Neukölln, as he goes about his daily business. 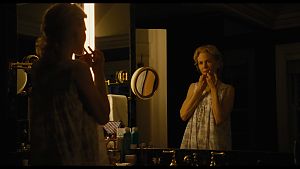 The Killing of a Sacred Deer

A doctor couple with two great children. A fatherless teenager with a mission. An old secret. After THE LOBSTER, Greek director Yorgos Lanthimos depicts the destruction of a middle-class family in his newest nightmare. 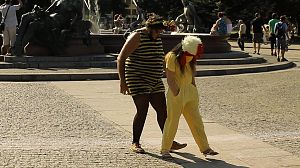 Impulsive and angry young Sarah throws her expensive MacBook out the window because the guy she spent the night with is rejecting her. Maybe the nice guy at the computer shop can fix her laptop. And her life for that matter. 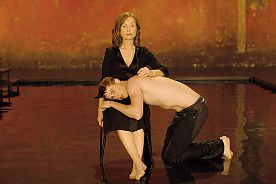 MARVIN is set in two intertwined time periods and is about Marvin Bijoux who grows up in a rough environment of a working-class family in southern France and tries to realize his dream of doing theatre in Paris when he‘s in his early twenties.

West Berlin as a gay place of yearning, a place of refuge, an island, and a tourist magnet. A very personal, moving chronology of gay Berlin history from the police raids under paragraph 175, which declared homosexuality to be illegal, to the AIDS ...

MUCH LOVED depicts the life and work of four Moroccan sex workers and touches upon many taboo subjects: family, shame, sexual harassment by the police, corruption, transidentity homosexuality, and deeply ingrained patriarchal structures. 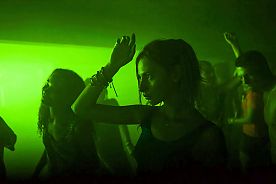 A well to do party girl encounters a monster. Nobody believes her, then others start seeing the “Nachtmahr” too. A trippy, spirited, low-budget debut picture. 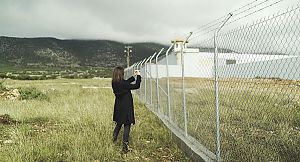 Greece 2014. A German journalist researches a story about refugees and surveillance. She meets a German activist. They trump around and fight about commitment, economics, and media reality.

Mike Nichols' timeless classic with Anne Bancroft and Dustin Hoffman is back in cinemas in a beautifully restored version.

Serpil Turhan, who has acted in several of Rudolf Thome’s films, portrays the writer/director, who created some of the most breezy German films in his rural home in Brandenburg and his attempts to finance his feature ÜBERALL BLUMEN (FLOWERS ...

Schau mich nicht so an 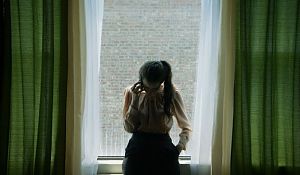 Ronah works as a sex surrogate. As her own fleeting relationships provide no stability, her demanding work begins to slowly take over her life. When she falls in love with a patient, her hold on reality starts to slip away.

During her Italian holiday Sibylle stumbles across the body of a woman who looks like her. It is only the first of a series of disturbing incidents that begin to threaten Sibylle's mental stability. 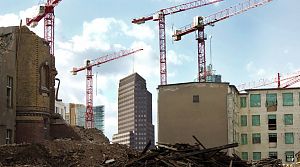 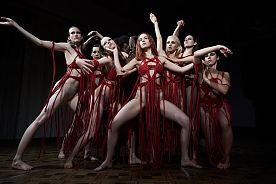 Summer vacation. A break-up. A spilled wine glass. A shoe. Angela Schanelec lets her images convey life paths, or rather moments. Radical jumps steer the concentration to the almost tactile materiality of her filmic cosmos.

Abiopic about famous communist screenwriter Dalton Trumbo who was forced to stop publishing by McCarthy and his "House Un-American Activities Committee" in the late 1940s and continued to write under a false name. 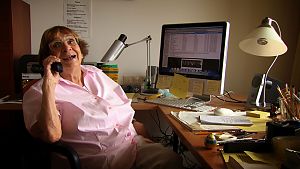 The filmmaker Anne Berrini follows the composer in Germany while she works and accompanies her to New York City where Ursula Mamlok prepares for the season finale concert of the League of Composers and meets old friends. 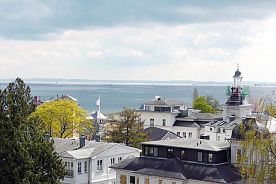 Heinz Brinkmann from Heringsdorf made a film about the spa in Usedom, the history of island tourism, and the people who live and work on the island.

A woman suddenly and unexpectedly loses her memory and has to re-learn emotions, relationships and social interaction. In the light of her complete memory loss, she has to reinvent and reimagine herself and starts a performance called identity.

In her promising debut Swiss director Carolina Hellsgård tells the story of Wanja, a young woman who is released from prison and has to find her way back into the community.

This sympathetic portrait of the famous Swiss-German feminist writer doesn’t attempt to paint a complete picture of her life.

What remains of the Italian Left after Berlusconi and what does it even mean today to be a "leftist"? The ambiguous title of Luca Ragazzi und Gustav Hofer's latest documentary is cleverly chosen. In the film they set out to explore the state of ... 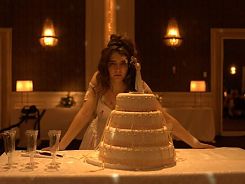