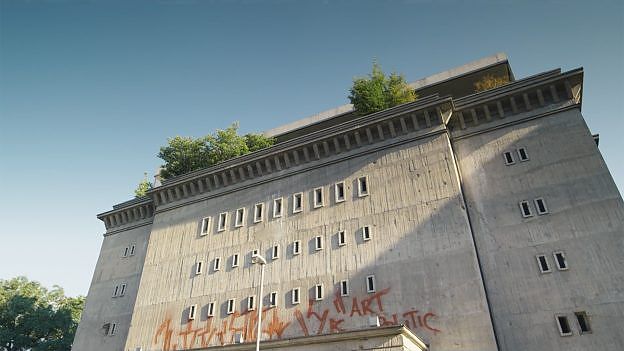 Berlin Film Week: IN THE BUNKER

The Reichsbahnbunker Friedrichstraße survived the Second World War it was constructed for, various uses during socialist times and even a constant barrage of bass frequencies when it was a techno club in the 1990s. Since 2003 it has housed the Boros Collection of modern art. The documentary IN THE BUNKER makes five artists facilitators, tour guides in a way, each offering an eclectic path and approach to the art housed within the concrete walls. 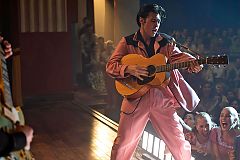 Baz Luhrmann‘s films have two modes: intoxicating hallucination and the downfall. This was the case in ROMEO + JULIET, but more obvious in MOULIN ROUGE!, still his best film, which re-invented the Hollywood musical, in THE GREAT GATSBY, and now also in ELVIS. It‘s clear from the first second that this is about a downfall. The film tells the story of one of the most hated villains in show business: “Colonel“ Tom Parker, the manager and bloodsucker of Elvis Presley, who prevented the musician from performing live for decades, drafted him in the army, let him film banal B-musicals, ... more 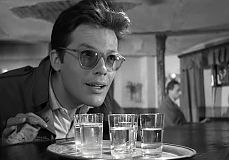 Film Polska, the largest Polish film festival in Germany, will take place from June 22nd to June 29th in Berlin. The opening film this year is WSZYSTKIE NASZE STRACHY (All our Fears) by Łukasz Gutt and Łukasz Ronduda, which won the Golden Lion at the Polish Film Festival Gdynia in September 2021. The film is based on the life of contemporary gay and very religious artist Daniel Dycharski who does everything to build a memorial for a lesbian girl who took her own life but Dycharski is met with a lot of resistance. As always, the festival program, which ... more

Jonas Carpignano is deeply connected to neo-realism. His stories are set in the present and his themes concern those with no lobby, whether its African refugees in the Italian small town of Rosarno (MEDITERRANEA, 2015) or Sinti aand Roma in the infamous Ciambra suburb Ciambra (PIO, 2017). Carpignano works with first time actors using natural light in real locations. His most recent film CHIARA is also set in the southern Italian region Calabria where his first films were set in, and the residential block of the marginalized, which has also appeared in PIO, reappears here too.

As the camera flies over the big city on the coast, it almost looks like America. When a building then explodes and a wild chase between motorcyclist and cop in a sports car ensues using lots of quick cuts, it looks exactly like America. But it‘s Reykjavik. And those of you who associate Icelandic comedies with laconic humor with depressing tendencies and strange loners will be disabused of that in COP SECRET. The film is a badass police comedy which makes fun of everything about action films and buddy comedies.

Bússi is the super cop of Reykjavik, he just has one problem: Hörður from ... more 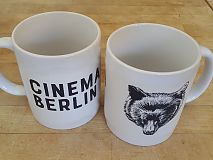 We produced bear coffee mugs and a luxury edition of our poster because we absolutely love the design by Hans Baltzer.
It's available in our new Cinematic Berlin shop and half of the proceeds go to Berlin's independent cinemas. Visit our brand new shop at: https://cinematic-berlin.jimdosite.com/shop/ more

The Unbearable Weight Of Massive Talent

Nicolas Cage has proved that he talent in his performance as a depressed alcoholic in Mike Figgis‘ melancholy masterpiece LEAVING LAS VEGAS. A role which won him the Oscar and the crowning achievement of a decade in which everything seemed possible for the nephew of Francis Ford Coppola. But the 90s are long gone and in recent years his leading roles in blockbusters like THE ROCK and CON AIR seem like they‘re from a different era. And so Cage – with the exception of Michael Sarnoski‘s PIG, where he could once again show what he can really do – was mostly seen in direct-to-DVD ... more

Anna is an actress and is having a bad day. She is dissatisfied with both her job as an audio book speaker and her handsy colleague. She quits even though her career has hit a snag. On her way home, her bag is stolen at her regular cafe. While everything in Anna‘s west Berlin apartment reminds her of her glory days, in reality she‘s barely getting any roles anymore. She is persuaded to start a part-time job as a language trainer and, wouldn‘t you know it, her first client is the bag thief. She is meant to prepare Adrian, an orphan in the care of the youth welfare service, for his ... more

Acapulco, Mexico: Neil (Tim Roth), his sister Alice (Charlotte Gainsbourg) and her children are on an exceptionally luxurious vacation. Then they get a call that changes everything and forces them to abruptly leave paradise. Alice immediately reacts to the family emergency, packs all her things and books the next flight to England. Neil goes silent and stays behind at the airport in the last minute – he lost his passport. What follows is a silent tour de force in which not just the family, but primarily Alice asks: what is Neil doing alone in Mexico, when all social conventions would demand ... more

The Death Of My Mother

Juliane (Birte Schöink) whispers in her mother‘s ear very gently, very softly, She asks what it looks like, death. The answer, one possibility of many, is what Jessica Krummacher shows in her film. The Bochum director describes describes the fate of her own mother in her second feature. She shows a woman, Kerstin (Elsie de Brouw), who is in a Catholic nursing home. She‘s barely 64, but she is gravely ill and it‘s untreatable. She can‘t go on, she doesn‘t want to go on, yet her attending doctor can‘t help her end her suffering prematurely. So Kerstin only has one way out: she has ... more

(films in the original version or with English subtitles)