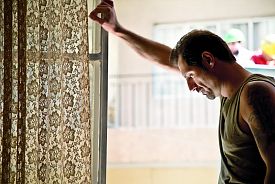 Hot-headed Christian Tony and stoic Palestinian Yasser get into a quarrel because of a drainpipe and end up dragging all of Lebanon into their conflict. 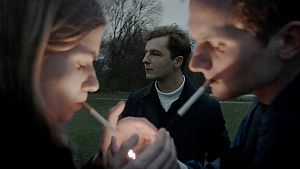 All These Sleepless Nights

Art students Krzysztof and Michal are young, attractive, and know how to make the most out of life. The trippy ALL THESE SLEEPLESS NIGHTS, which oscillates between documentary and fiction, accompanies them on their escapades in the city with the ...

A class reunion. They get along well, they get increasingly more drunk. When Martin steps over the line, Janne is the most surprised about it. She decides to pretend as if nothing happened. 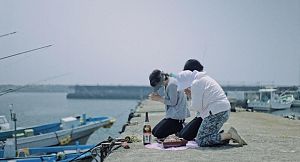 The Japanese “women of the sea“ dive into the depths of the Pacific Ocean to collect mussels and other ocean treasures, without oxygen or any other aids. A documentary 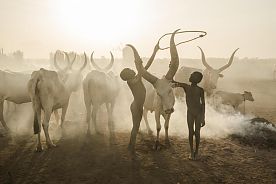 Photographer Markus Mauthe and his film team visited 10 indigenous tribes in South Sudan, Ethiopia, the Amazon, and the sea nomads living on the water in Borneo. 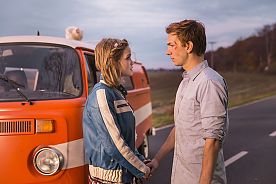 Axel believes in love and freedom, but in his real life he has neither – until his stoic neighbor Heiner arms him for a showdown with his nemesis, casino owner Manne. 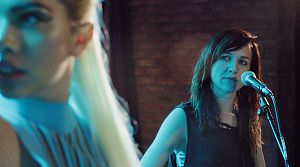 After a nasty break-up the lesbian musician Becks moves back to her rural hometown. 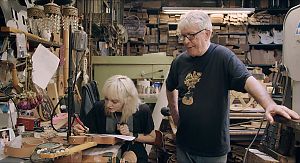 A heartfelt tribute to music, craftsmanship, and a vanishing New York. 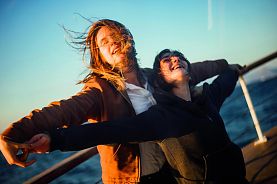 Young Greek Djam, a Rembetiko musician, meets French Avril who is stranded in Turkey. Their journey route back is marked by the refugee crisis and the financial crisis.

After the zombie apocalypse. Eva has no scruples when it comes to surviving. Vivi, on the other hand, is afraid and depressed. Together they have to fend for themselves in no man‘s land. 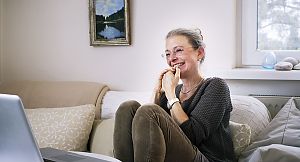 Carlota Kotta asks her parents who have been separated for a long time about their relationship in her documentary and finds the two have astonishingly different memories. 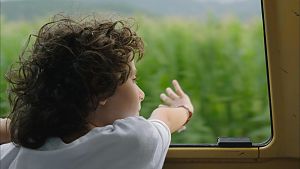 It‘s summer in Barcelona and 6 year old Frida is sad. She has to move to her relatives in the countryside after her mother‘s death. 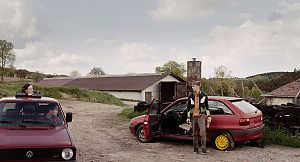 A sensitive portait of a teenager torn between traditional hunting and refugee centers, school and a scooter. 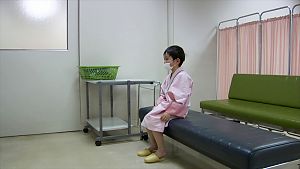 Thorsten Trimpop observes the daily life of the residents of Minamisōma, a city that is close to the Fukushima Daiichi nuclear plant, a contaminated area. 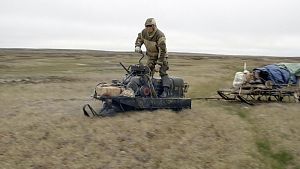 In Siberia, men are looking for mammoth tusks and frozen cadavers. Scientists speculate about the possibility of cloning the mammoth out of the frozen DNA.

Director Lion Bischof and cinematographer Dino Osmanovic were granted access to the spaces of the Munich fencing student fraternity GERMANIA – to meetings, parties, trips, and the obligatory fencing training. 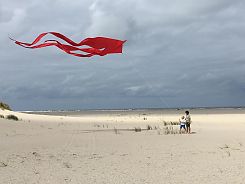 Kristin‘s son David has barely left his room in two years and stopped communicating. She tries to establish contact online by using a fake account. 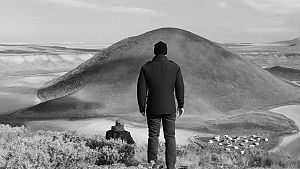 Semih Kaplanoğlu (BAL) has made a philosophical sci-fi film. The world is divided into hypermodern urban zones where the privileged live and a inhospitable wasteland. A scientist there looks for a way to save humanity from imminent starvation.

When the mother of Lya, Jan, and Alan dies, the three siblings who were born in Iraq and grew up in Germany have to stick together. Their mother wants to be buried next to their father in their Iraqi hometown. 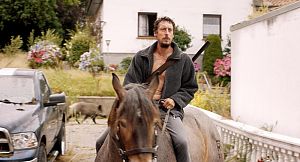 One morning everyone else has disappeared and Armin is the last man far and wide.

Director Ceyda Torun and her film team follow seven cats in their daily life in Istanbul. KEDI is a declaration of love to Istanbul and a story of peaceful and respectful coexistence between different animals. 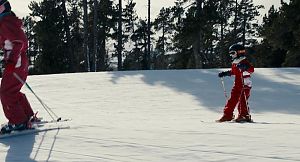 Director Anne-Dauphine Julliand follows one girl and four boys in France in their day to day lives between the playground and the hospital. 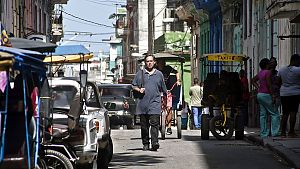 Diego and Miguel share a flat and have been friends since school. Diego is dying of AIDS and Miguel hopes to get a visa to the US so he can get out of Havana. 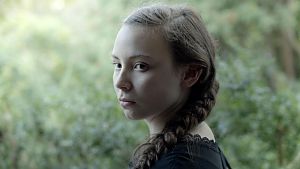 In 1930s Sweden Sami girl Elle-Marja is treated like a second-class citizen. She changes her name and moves to the city in the hopes of having a self-determined life. 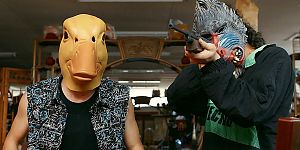 Small-time gangster John steals a bracelet that turns out to be a time machine – when he activates it he sees himself as his own clone.

A day after her 52nd birthday, Manana leaves her apartment which she shares with her husband, her parents, her two adult children, and her daughter’s partner. No one understands why – she has everything!

Planning to have children and a chaotic flatshare – the Italian comedy MOM + MOM fluctuates between subtle observations and slapstick. 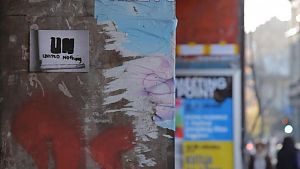 When gynecologist Monika Hauser found out about the mass rapes in Bosnia in 1992 she immediately traveled to the crisis area and has advocated for women and against male violence with her organisation “medica mondiale“ ever since. 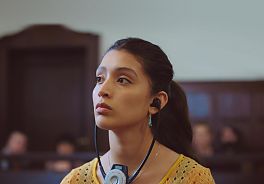 Peruvian Naomi travels to Berlin, to the place where her sister Mariella was murdered by her German husband, in order to attend the trial as a joint plaintiff.

Markus booked a flight to La Palma instead of to Las Palmas, which isn‘t conducive to his relationship with Sanne. Then they break into a stranger‘s holiday home.

Elpida escapes her dreary life by having short daydreams in which she rebels against her unbearable husband and shares hot kisses with unknown men.

A documentary about reparations lawyer Kenneth Feinberg who managed the victim support fund after 9/11 and decided over the amount of bonuses for bankers and collective pension cuts for employees after the financial crisis. 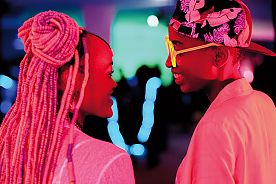 Kena and Ziki are two young women from Nairobi who fall in love – despite their different personalities, rival families, and the people in their environment who can‘t wait to badmouth them. 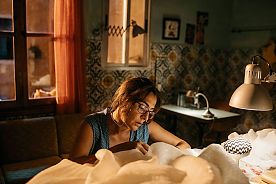 Rosa, in her mid 40s, leaves her big city life behind and reopens her mother‘s village tailor shop. In order to celebrate the beginning of the rest of her life, she wants to get married to herself.

15 year old Elisa and her seemingly ice-cold new friend Anthea secretly shoot embarrassing videos of their classmates and post them online – as revenge on those who did the same to them. 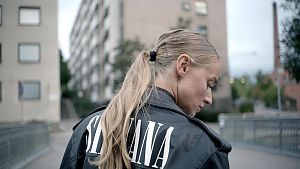 Silvana Imam, a Swedish hip hop artist with Lithuanian-Syrian roots, goes from being an underground icon to being a star with her feminist songs. The publicity also increases the pressure. 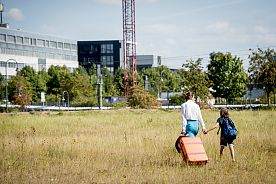 Homeless Melli is stringently working towards returning to the old security her and her son had. But the smallest misfortune, the tiniest deviation, could lead to a chain reaction that would cause her to lose everything. 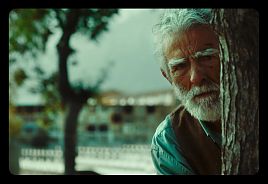 A French drama set in an unnamed authoritarian state.