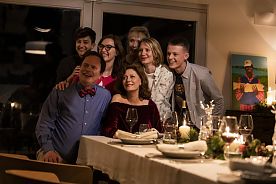 The remake of Bille August‘s film STILLE HJIERTE (2014) is about terminally ill Lily (Susan Sarandon) who wishes to take her own life and wants to gather her family around her beforehand for one last time. 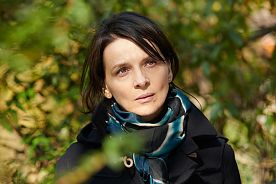 Jeanne is searching for a plant that takes away all of people‘s pains and fears and only appears once every 997 years. She meets Tomo in the mountains, who knows that something is wrong with the forest. Naomi Kawase‘s poetic new film. 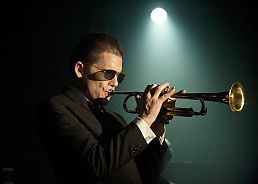 Born to Be Blue

BORN TO BE BLUE is a cinematic portrait of terrific jazz trumpeter Chet Baker, a humorous homage that doesn’t take itself too seriously. That also has to do with Ethan Hawke’s performance, who manages to approximate Baker without losing himself.

Brunhilde Pomsel is a 103 year old woman. In EIN DEUTSCHES LEBEN she talks about her life in a precise, frighteningly unemotional, sometimes critical way, especially the years between 1942 and 45 when she was the secretary of the Reich’s ...

A new strategy to conserve resources has been created: shrinking people down to 12.9 centimeters. The shrunken Matt Damon lands in mini-utopia “Leisureland“ and meets Udo Kier and Christoph Waltz, who aren‘t as ecologically idealistic. 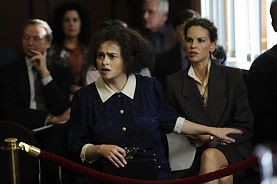 Mentally ill Eleanor Riese (Helena Bonham Carter) turns to a patient advocacy agency because she is prescribed high doses of neuroleptics against her will. Her lawyer Colette Hughes (Hilary Swank) fights for patient rights with her.

Eva Hesse was born in 1936 as daughter of a Jewish lawyer in Hamburg and grew up in the USA, where she later became one of the most famous female artists of her generation.

1980, on the cusp of college. The film depicts the three days before the beginning of the semester. Jake the freshman moves into a frat house with other baseball players. They drink, smoke pot, play ping pong, dance, and have women, or girls, on ...

From Business to Being

FROM BUSINESS TO BEING is a portrait of three managers that quit and asks experts how a different and more meaningful economic and working world could look like.

The prison class under the care of the committed and somewhat deranged Mrs. Berger isn‘t big, but there‘s almost always turmoil. The new teacher, Mr. Fuchs, has his work cut out for him.

A loving film portrait of Danish Hannah Nydahl, who tirelessly worked on spreading Buddhism in the West together with her husband Ole Nydahl.

HELLO, I AM DAVID! follows Australian pianist David Helfgott, who startet his career as a wunderkind and was later treated for depression and schizophrenia, as he tours across Europe.

JANIS: LITTLE GIRL BLUE is a rather conventional yet moving portrait of rock icon Janis Joplin.

In this poetic potrayal of Tokyo in the cherry blossom season a lonely street vendor meets an old lady who helps him with his pastries.

Owen Suskind stopped talking at the age of 3. The diagnosis: autism. After years of isolation his father found a way to reach him: Owen communicates with the characters from his beloved Disney films. A documentary.

Jann Kessler has been living with his mother who has MS in a special-care home for years. In the hopes of learning more about the disease, the 18 year old director meets other people who are also affected by the incurable disease.

NICHT SCHON WIEDER RUDI! looks like a buddy movie about four men on a weekend trip in the beginning. Later on it turns out that one of them suffers from the onset of dementia.

On the Milky Road 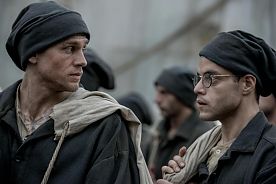 The remake of PAPILLON (1973), one of the most powerful prison films of all time, remains remarkably close to the original and is a worthy new interpretation. 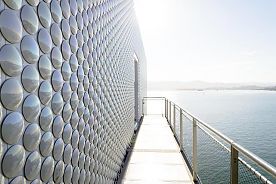 Renzo Piano, an Architect for Santander 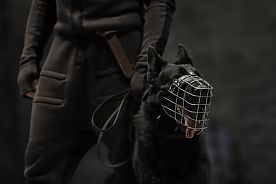 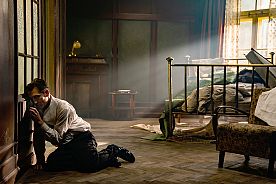 THE GLASS CASTLE is a striking adaptation of the autobiographic bestseller by Jeannette Walls about her exciting but difficult childhood on the road with an alcoholic and paranoid father, an artistic and egotistical mother, and three siblings.

16 year old Ari who lives in Reykjavik with his mother is sent to his father who lives in the barren northwest of Iceland. 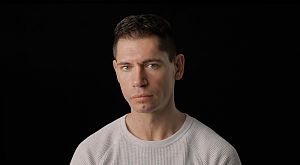 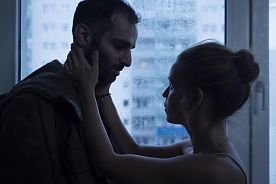 Elementary school teacher Khalil has lived in Germany for years. He begins a feverish search when he believes he recognizes his sister in pictures from Kurdistan. 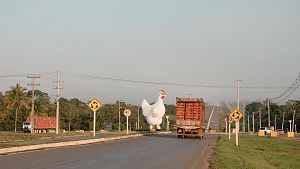 Florian Opitz‘s documentary takes capitalism and the dominant growth ideology to task and shows how topical many of Karl Marx‘ analyses still are today.

In the fictional town of Ebbing, Mildred Hayes (Frances McDormand) posts sentences on three billboards meant to bring the resting investigation of her daugher‘s rape and murder back into motion.

Two Fathers and their daughters go on a trip to Corsica. One of the girls falls in love with her friend’s father, who doesn't dare tell his friend about the affair. Jean-François Richet’s film upholds a fine balance between comedy and drama.

Danish conceptual artist and director Michael Madsen acts out a scene that not only engages the sciences but also the arts: the first human contact with an alien civilization. The interviewed experts are urged to pretend like the first contact has ... 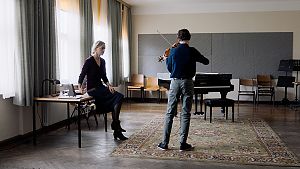 DAS VORSPIEL is a film about disappointment, about music obsessiveness, about a women without a center amongst five men (son, father, husband, lover, violin student).

Ice and the sky

The documentary feature ICE AND THE SKY focuses on the life of scientist Claude Lorius whose work in Antarctica since the 1950s has been instrumental in the research of global warming.