And Then We Danced

Levan Gelbakhiani as Merab frolics with unrestrained energy and a disarming smile in this Georgian love drama about two ballet students.

Mia, a teenager caught between conformity and otherness and cliques and coolness, is new in town. Her body begins to change in very strange ways on top of that. 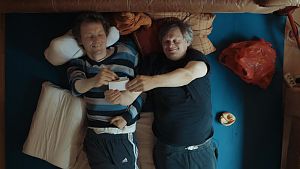 After a serious accident the doctors prognose just a few more days for Markus, but his brother Michael believes Markus will wake up from his coma and brings pieces from his old life to the hospital every day. A documentary.

DEMOCRACY follows several politicians and lobbyists in Brussels in the long process of getting a data protection law pass the EU legislation. 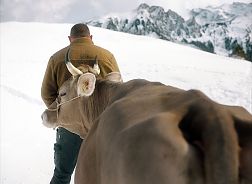 A Piece Of Sky

Marco from the “lowland“ loves Anna from the mountain village. Then he gets sick and his behavior changes. A PIECE OF SKY is slow and well-observed with raw acting from its amateur actors. 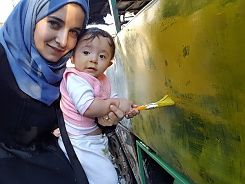 Director Waad Al-Kateab made a film about her daughter Sama so she‘ll be able to remember the Syria that Al-Kataeb left and so her daughter will be able to see and perhaps understand why she wanted to stay but ultimately did flee. 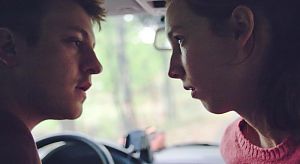 Father Urs convinces daughter Jette to do a voluntary social year in South America – but she doesn‘t really want to leave the province.

HI, AI follows humanoid robots in their every day life alongside humans.

The Yazan family and their neighbors are the last ones holding the fort in a Damascus apartment building that is surrounded by snipers. There’s a state of emergency outside, but there’s tablecloth on the kitchen table and the domestic worker has ... 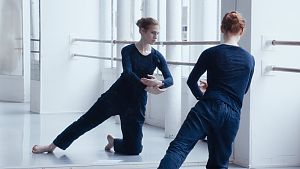 Using clear lines and neutral colours the director Asli Özge portrays the life of a bourgeois Turkish couple in Istanbul: She is an artist, he an architect. The spark is long gone and the marks of a long-term marriage are seen on their faces and ... 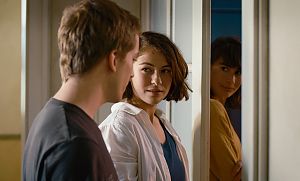 The Girl and The Spider

Mara and Lisa are giving up their flatshare which they share with one other roommate. Ramon and Silvan Zürcher depict what it‘s like for them to live together, in rooms and in relationships, with exacting images and a precisely composed rhythm. 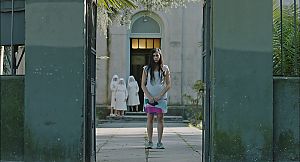 Motherhood images collide in a religious center in Buenos Aires: the nuns lead the cloister under strict supervision and make it possible for single, often teenage mothers to have housing and care.

“You played the lottery and this is what you got”: This is how Torsten’s best friend summarised Torsten winning 22 million in the lottery. What does one do with the winnings? Do you keep it a secret from some? And what happens to you when you ... 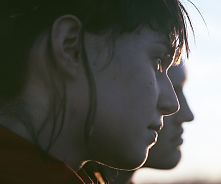 Classmates Katja, Sascha, Benni, Schöller, and Laila live near Berlin. Most of their parents are absent, they are left to their own devices. A raw, brutal coming-of-age drama. 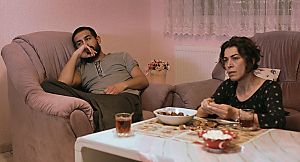 While fighting with his wife, Oray, who was recently released from prison, utters the Muslim divorce phrase 3 times in a row in a fit of rage. This means the couple is divorced according to Muslim law...

Shortly after getting engaged, Yezidi Pero is abducted by the IS. Her fiance Reko tracks her down, finds her in Syria, and takes her back, but he can‘t help her overcome the trauma she has suffered. 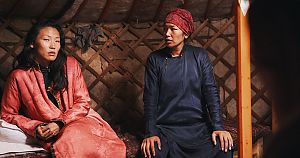 Wessie has lived in Germany for years, her sister Ossie stayed in the Gobi Desert as a nomad. In Uisenma Borchu‘s BLACK MILK, which ran in this year‘s Panorama section at the Berlinale, two women and two cultures encounter each other.

The film portrays the life and work routines of sexworker Lena Morgenroth.

A priest, four nuns and a flock of sheep inhabit the Habsthal convent. SILENTIUM shows the monotony and the bustling activity in the convent, and tries to give an impression of what of everyday life looks like for the nuns. Still, it raises the ...

Half-brothers Joe and Homer meet each other for the first time after the death of their father. They drive along a Croatian river together searching for the hermitage where their father suddenly died. 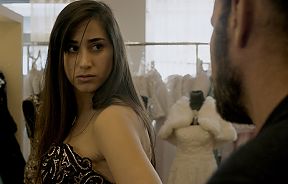 Shadi and his father Abu Shadi invite many guests to the wedding of their daughter and sister Aman during personal visits. A portrait of Palestinian society and generational conflict lines emerges in the different visits.

39 year old Stefan Keller, once a promising short film director, has been working on his last film project for the past five years without success. He is currently travelling through wintry Switzerland, testing youth hostels for money.