The somewhat organized life of stand-up comedian Astrid is shattered when she finds out that not everything is alright with the child she’s expecting. What follows is a painful journey through increasingly worse diagnoses until the question of ...

What We Do in the Shadows

In the best mokumentary tradition, WHAT WE DO IN THE SHADOWS presents three vampires sharing a flat together in present-day Wellington, New Zealand. The film is a satire on our urban habits, vampire cult, and obsession with youth. 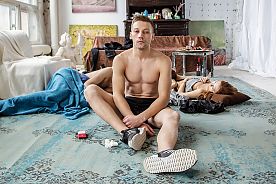 Sascha Anderson was not only the star of the East Berlin artist and bohemian underground scene, he was also a zealous Stasi IM (informal informant). In ANDERSON, the second part of a planned trilogy, the filmmaker Annekatrin Hendel reconstructs ...

Heinrich Himmler, an early member of the NSDAP, later SS Reich leader, and in the last years of the war the Minister of the Interior, was a central figure in the Nazi terror apparatus and a key architect of the “Final Solution”. Using personal ... 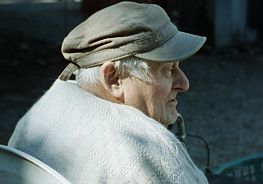 Ann Carolin Renninger and René Frölke have made a film about old farmer Willi on 8 and 16mm spread out over a year in which not much happens. 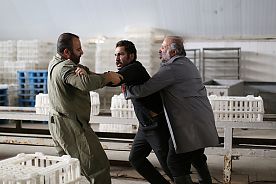 An Iranian doctor, the head of the forensics department, hits a motorcycle on a nightly drive, a boy seems slightly injured. The next day the corpse of the boy is in forensics.

Queer cinema in a radical sense. YOU AND THE NIGHT searches for a way to be non-authentic, transforms kitsch into good style and blazes a trail through the night that is as frightening as it is captivating. 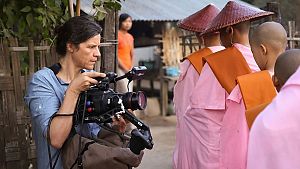 Cinematographer and documentarian Kirsten Johnson has compiled moments from her films and made a memoir of her work as a “camera person.“ 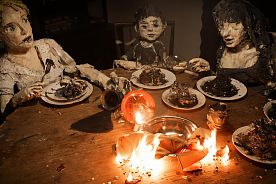 A shady cult, a house in the forest, a bad wolf. An animated Chilean reinterpretation of “Little Red Riding Hood.“

Vera is planning a remake of Fassbinder's THE BITTER TEARS OF PETRA VON KANT. One day before the shoot is about to start she still hasn't decided on her main actress... 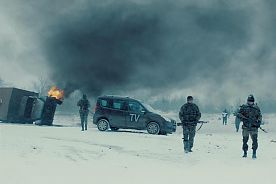 Crane operator Samir falls in love with lifeguard Agathe in Montreuil, a Paris suburb. He pretends not to know how to swim and takes classes with her. 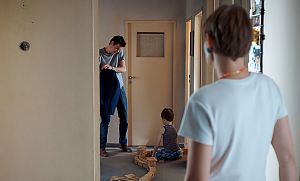 Miriam Bliese tells the story of a patchwork family falling in and out of love with a lot of time jumps in which the decisive moments only become clear in hindsight.

The experimental documentary depicts a multilayered panorama of the Sonora desert on the border between Mexico and the US. In this hostile environment wherein animals and people are safest at night, the poorest of the poor try to immigrate. 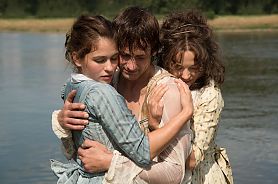 The ménage à trois as dream and utopia: A romantic drama centred on the love triangle between the young Friedrich Schiller, exiled to Thuringia, and the aristocratic sisters Charlotte und Caroline von Lengefeld, who meet the poet in Weimar. 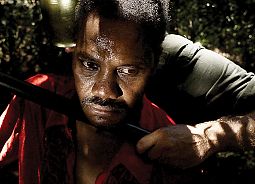 Fiction and fact, realism and extreme artifice: in HORSE MONEY Ventura and Vitalina, who emigrated from Cape Verde to Portugal, recount episodes of their life and recall the ghosts of their dead friends, companions and loved ones.

Gregor and Pietschi are brothers with completely different lifestyles. When Pietschi disappears, Gregor begins searching for his brother and gets more and immersed in Pietschis life.

A fantastic enchanting fairy tale that is somewhere between a cabinet of wonder, carnival charm, and melodrama. An animated feature film with strikingly designed characters.

Tiblisi, Summer 1992. Life is hard in Georgian's capital and patriarchy still very much in power. Teenagers, Eka and Natia, both about 14 years old, struggle for independence.

Hanna meets Yann on a romantic night in Paris. A long distance romance ensues, but eventually Yann moves to Vienna and takes up more and more space in Hanna’s life. When she tries to end the relationship, his messages become increasingly ...

An adaptation of Jack London‘s autobiographical novel: fisherman Martin Erden tries to conquer the heart of bourgeois Eleni and ascend to “cultivated“ society through education.

Isabelle (Juliette Binoche) is successful as an artist, but destructive in her choice of men. She asks herself whether love even exists. 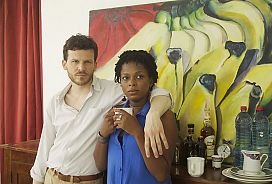 Raul Peck’s Thriller MORD IN PACOT is about a bourgeois Haitian couple who rents out the top floor of their half-destroyed villa to a white NGO-worker and his local lover.

MÜLHEIM – TEXAS shows the famously quirky comedian and jazz musician Helge Schneider at work: rehearsing and composing, talking to the press, and last but not least performing his deadpan stand-up routines.

Jake, an American freelancer, and Mati, a French archaeology student, meet at a digging site near Porto and once again in the city in the evening. PORTO tells the story of one night and how it lives on in memory over many years. 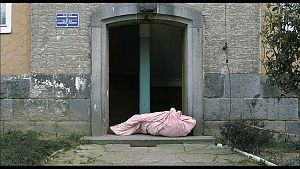 Most of this film is shot in a psychiatric hospital in the Polish town of SIENIAWKA. Director Marcin Malaszczak is less interested in a classic portrayal of an institution as he is in a filmic exploration of different states of consciousness. An ...

In this postmodern western Jay (Kodi Smit-McPhee), a young Scottish emigrant, travels to the West to find his girl. He pays a ruthless bounty hunter (Michael Fassbender) to protect him.

Sebastian and Andreas meet and develop a fondness of each other. Both claim not to be gay, but there is a woman called Ellie asleep inside Sebastian's body. A romantic drama about desire and identity.

For over ten years documentary filmmaker Matti Bauer followed the daughter of a Bavarian farmer in her decision to keep the family farm going.

1986. Three friends from the East, now living in West Berlin, plan to cross out the wall by drawing a line along the whole construction. One of them is arrested by a GDR border patrol. Has one of them snitched on the others? The film searches for ... 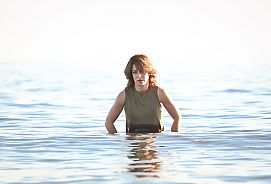 To thavma tis thalassas ton Sargasson: The Miracle of the Sargasso Sea

Elisabeth, a washed up cop, and Rita, an unhappy fish factory worker, are brought together by fate in Mesolongi, a small town hell.

A king leaves this world, slowly but inevitably. A few more jokes about a naked madam, attempts to continue his official duties while a group of doctors whispering by the edge of the bed. A representational drama of an era, distilled into an ... 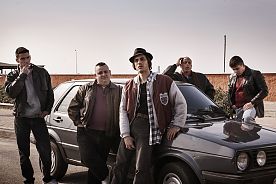 Cesare and Vittorio are young and live for the now. They spend their time in bars and clubs and get their money from committing petty crimes. Vittorio wants out of the gangster life, Cesare stays. Their paths separate and cross again.

Nick Gutlicht is a small-time con man and owes a lot of people money. Curt Ledig is a retired psychology professor and is struggling with an ambiguous Nazi past. Their meeting results in an absurd kind of therapy. A comedy. 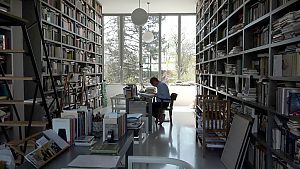 A documentary about Michael Krüger, the long-time head of Hanser Publishing who was above all a writer and a poet.

Philip and Jonas take a trip to the remote Brandenburg region of Uckermark. That Philip is gay and Jonas is straight is of no consequence to the old friends. However, when Boris a Polish hitchhiker joins the duo, the dynamics change. 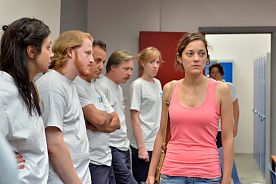 When Sandra Bya wants to return to work after a health crisis, her boss proposes a vote to her 16 colleagues: either Sandra can come back to work or she is let go and everybody else receives a bonus. Sandra has one weekend to visit everyone and ...