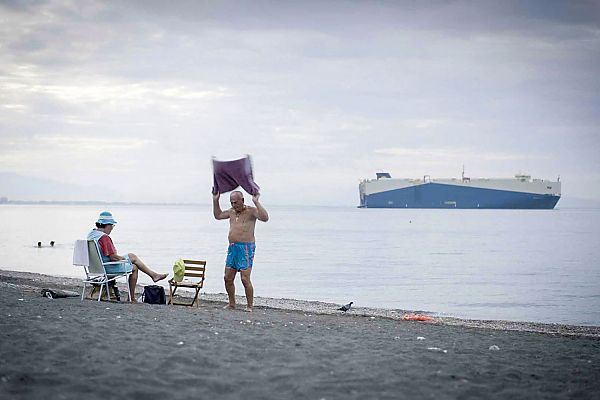 Pepe Danquart follows the traces of Pier Paolo Pasolini all across Italy with a Fiat Millecentro.

In the summer of 1959 Pier Paolo Pasolini started his first roundtrip across Italy in order to document the changes of the country caused by industrialization and the migration from south Italy to north Italy, asking residents about their desires, convictions, and sexual preferences. In 2019, director Pepe Danquart rented Pasolini‘s now oldtimer car and took the same route – once around the entire coastline of the boot. His film footage is superimposed with excerpts from Pasolini‘s texts which result in a sometimes interesting alienating effect. Danquart also uses different film planes and filters to depict the identification with Pasolini and the difference of his experience. Danquart himself remain invisible, he discloses nothing about his motivation for this trip, his interest in Pasolini, or the role of longing for the south that the Germans have which is inscribed in his film.
Danquart portrays a country that is formed by two encounters: the tourists from the north and the migrants from the south. Parceled out beaches transition into tent cities with migrants living in precarity. The reception and topicality of Pasolini also plays a role, since Danquart seems to discover admirers of the director everywhere. Not all of these contributions and interviews are interesting, but there‘s a subtle humor that carries the film more than its political ambitions. The film is too indecisive about what it is - a road movie, a biography, or a social portrait – for it to meet those ambitions.