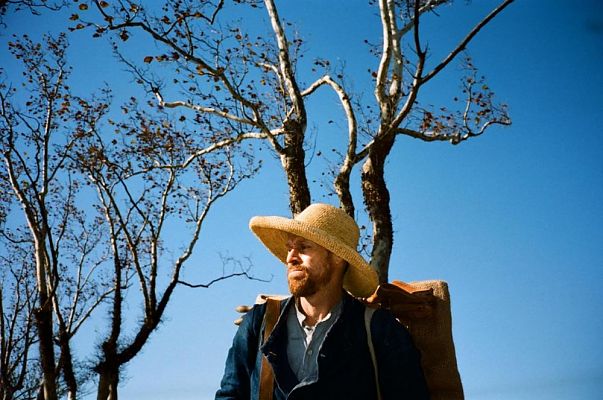 The best film about Van Gogh since Maurice Pialat‘s VAN GOGH (1991) and Robert Altman‘s VINCENT AND THEO (1990) depicts the artist as a pioneer of gestural painting and a forerunner of expressionist abstraction.

Julian Schnabel‘s AT ETERNITY‘S GATE is the best Van Gogh film since Robert Altman‘s VINCENT AND THEO (1990) and Maurice Pialat‘s VAN GOGH (1991). After the postcard kitsch of LOVING VINCENT (2017), Schnabel‘s film almost seems like it‘s saving the artist‘s honor. Willem Dafoe plays a gentle, fragile Van Gogh who doesn‘t doubt his artistic work and can formulate his artistic theory. In Schnabel‘s film Van Gogh is a successful artist because his artistic practice is successful. He doesn‘t show a tortured man but rather one who is happy doing his art who also has mental problems. Schnabel‘s film contradicts the cliches about Van Gogh in all ways. Perhaps only a painter like Schnabel, who painted some of the Van Goghs in the film like Willem Dafoe‘s portrait as Van Gogh, can capture painting so precisely. “I paint what‘s in my mind,“ says Gauguin – a path that leads to abstraction. “I paint what I see,“ says Van Gogh, and Schnabel elaborates in a conversation at the Toronto Film Festival: “Paintings have to be painted quickly,“ a hint that Schnabel sees the painter situated in the tradition of painting actions and gestures which Schnabel‘s neo-expressionism is also part of. The camera often takes over Van Gogh‘s gaze without trying to carry over his visual world. It‘s more about a direct emotional reference to the artistic gaze. There are often dark, unsharp areas at the bottom of the paintings created by double focal lengths and lens filters. It‘s a bit like looking at the world through a reverse Mark Rothko painting. Schnabel‘s film is about the artistic experience. When Van Gogh says in the film “I think I can make people feel more alive“ that also applies to Schabel‘s film.