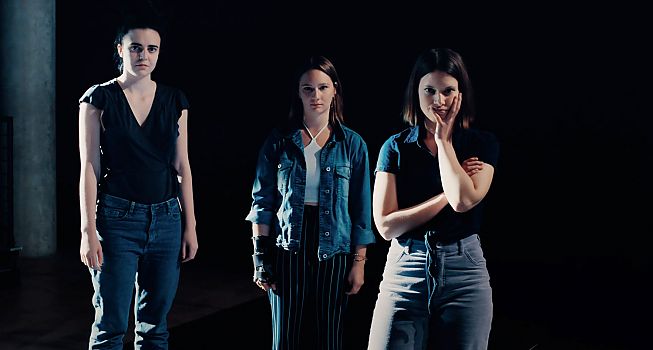 In Alison Kuhn‘s documentary, five actresses talk about the traumatic experiences that have had during a manipulative audition on a stage, which is also a safe space.

Director Alison Kuhn was one of hundreds of actresses who auditioned for a production by a prestigious German director in 2015. Instead of a safe an supportive audition, the women found sexual harrassment, bullying, physical as well as emotional violence.
For THE CASE YOU, Kohn provides a safe space for five of the other actresses to verbalise and exchange their own experiences.