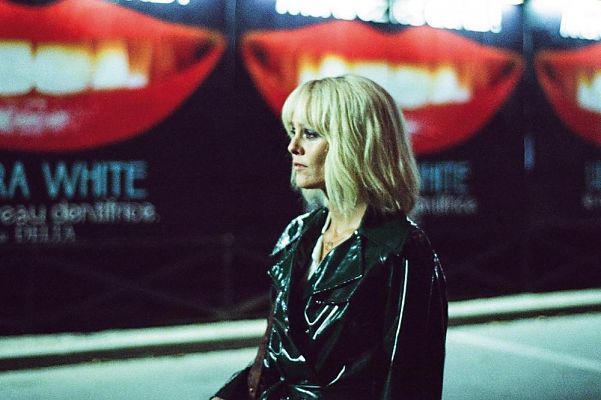 KNIFE + HEART‘s is clearly influenced by the stylistic elements of the giallo and the psychological thriller which is obvious before Anne casts herself as a housewife whose contact with gays has driven her to madness and murder in the finale. Visually inventive, Yann Gonzalez‘ film also has a stronger emotional foundation than the abstruse obsessions of the old giallo killers or the pure stylistic excesses of Cattet and Forzani. The gender swap, wherein the young men are attractive but interchangeable while a real emotional connection is built with the women, pushes the plot forward and gives the film its own heart amongst all of its meta layers and allusions.