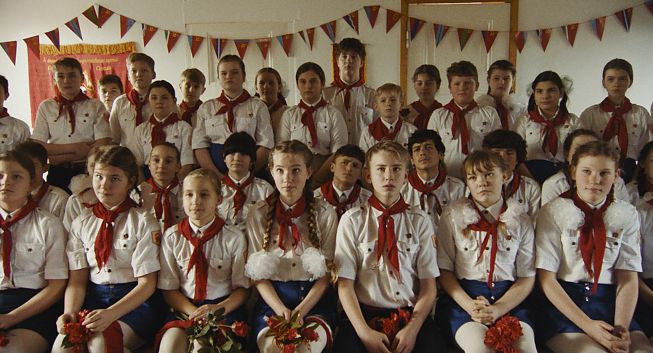 The late 1980s in Afghanistan. Cinephile Quodat lives on the streets of Kabul before he is picked up by the police and taken to a children‘s home.

Kabul, 1989: the end of the Soviet rule in Afghanistan is nearing, which also means the takeover of the guerilla group Mudjaheddin is about to happen. But the country is still influenced by Russian invaders which the Afghan population was forced to come to terms with. Scalper Quodrat (Quodratullah Qadiri) isn‘t exposed to much of that. The 15 year old‘s life is all about the cinema: he sells key chains and tickets for exorbitant prices in front of it, inside he watches popular Bollywood films with cool action heroes and pretty singers that he admires a lot. Everything drastically changes when he is picked up and taken to a children‘s home. He becomes a part of the system there – but he nevertheless has to deal with his life and becoming an adult on his own. In THE ORPHANAGE director Sharbanoo Sadat steers away from cliches. The teachers aren‘t perfect, but they do want the best for their wards. Of course there‘s also stress – but even the meanest boys are just insecure pubescents that long for a better future when no one is looking. Like her debut WOLF AND SHEEP (2016), this film is based on the autobiography of Anwar Hashimi, who can be seen in the role of the engaged counsellor. In light of the Taliban takeover, THE ORPHANAGE, which was produced in 2019, almost seems prophetic and the uneasy watch feels disturbingly real. War doesn‘t make any exceptions for children and at some point it explodes like a bomb, Sadat‘s film makes no secret of that. As much as art can help: its power is limited. Or maybe not? THE ORPHANAGE is located right on the border between pain and hope with its open ending.