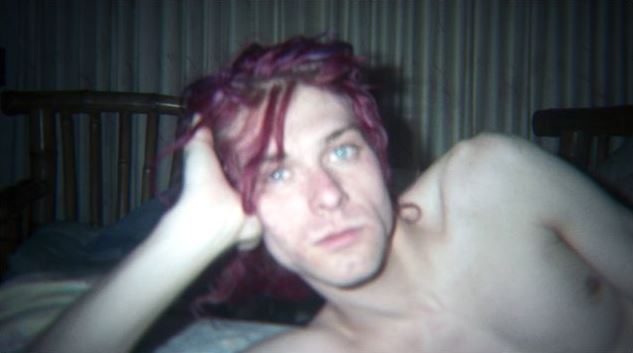 Brett Morgan's documentary picture - the only film the Cobain's family authorized - paints an intimate portrait of the Nirvana singer who killed himself at the height of his success.

I feel stupid and contagious, here we are now, entertain us. Anyone who grew up in the 90s knows the catchy refrains and chords of Nirvana songs. The grunge band, centered around the now icon of pop culture Kurt Cobain, released their debut album Bleach in 1989 and soon witnesses a meteoric rise that ended with Cobain’s suicide in 1994. Following Gus Van Sant (LAST DAYS) and Nick Broomfield (KURT & COURTNEY) director Brett Morgen comes closer to the myth surrounding Kurt Cobain. The film’s title, COBAIN: MONTAGE OF HECK, is taken from a mix tape made by the protagonist, and is quite fitting. There is no overkill of interviews or an omnipresent off-stage commentary, this Sundance entry creates a diverse muscial portrait from the Cobain archive.
MONTAGE OF HECK is the first documentary about Kurt Cobain officially authorized by his family. Cobain’s daughter Frances Bean was even involved in the film’s production and she allows Brett Morgen access to a number of unpublished documents that reveal much about Cobain’s inner emotional life. Alongside demo recordings, drawings and sculptures, Courtney Love’s home videos and 8mm home videos from his childhood generate a new level of intimacy. Also well done are the animated passages that are taken from Cobain’s diary entries. In the course of the chronologically edited documentary Morgan provides a nuanced treatment of Cobain’s inner conflict. Outwardly worshipped and highly successful, the musician suffered from an inferiority complex that culminated in his drug addiction. At the center of the multifaceted documentary is Kurt Cobain and not the history of his band.