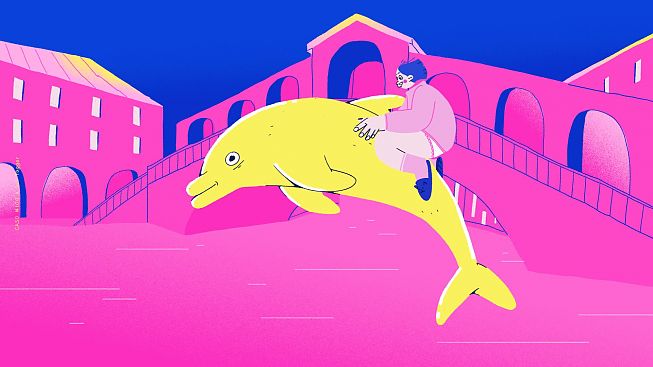 One focus of the festival, which has 11 competitions this year – among them three competitions for international films and new talents, several categories for children and youth films and a program featuring commissioned work – is on the production of film collectives. TOHU Animation from Jerusalem, Plastic Animation from Viborg in Denmark, monströös from Berlin and COLA Animation from Lisbon/Porto will present their creations and production processes and will talk about the advantages and disadvantages of collective film production in the animation film symposium. The national specials this year are dedicated to France – there‘s a French poetry film program and the feature-length LES HIRONDELLES DE KABOUL – and Ukraine. A selection of contemporary Ukrainian animated films can also be seen on Indiekino Club, by the way. Moreoever: FAB Dimensonal, an exhibition, and a party!