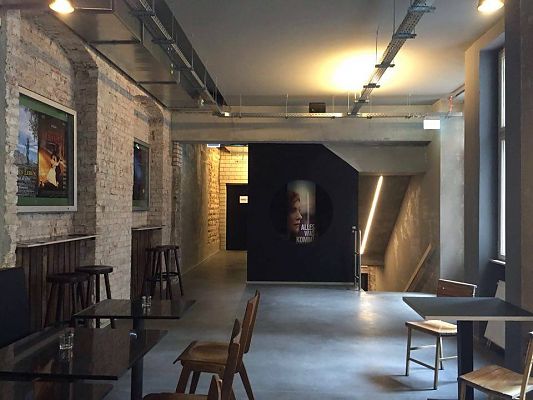 This Kreuzberg neighbourhood movie theatre can be found in the second courtyard of a Berlin tenement, and has been around since the beginning of the 80s. The cinema has changed hands over the years but the film programme has always remained politically engaged and neighbourhood-focussed: the Eiszeit movie theatre screens international independent films (in the original or with original with subtitles), political cinema, self-organised film series and cooperation with film festivals and local initiatives.

Equipment: equipped for the disabled, Dolby-SR