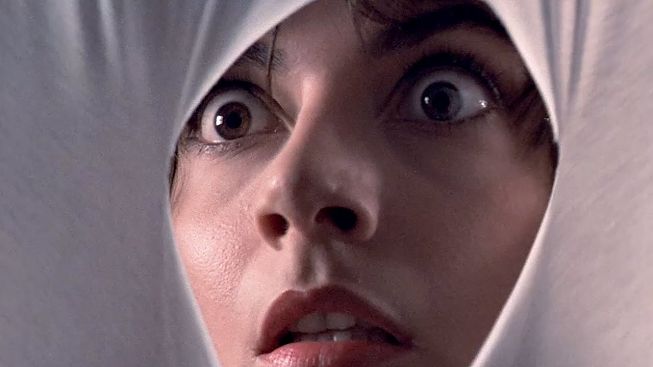 American author Peter Neal travels to Rome to promote his latest thriller novel, only to find that a "fan" has already taken inspiration from it for his real-life killing spree.

While SUSPIRIA and DEEP RED were saturated in colour and motion, the Rome in which Peter Neal is searching for the killer inspired by his latest novel, is shown in pale scenes almost totally devoid of inhabitants. This makes TENEBRAE one of Argento's bleakest but also bloodiest films, as gore obviously shows up best on light surfaces.