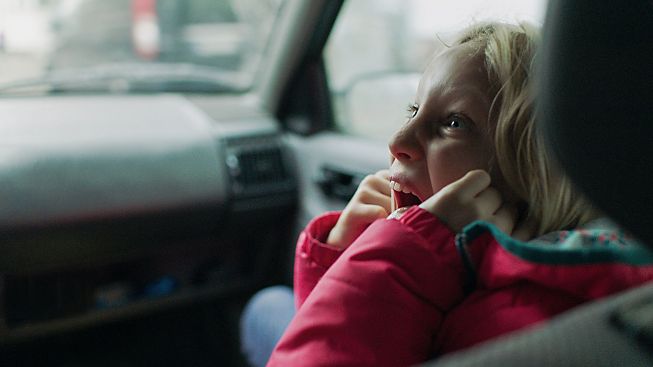 9 year old Benni has been kicked out of every foster home. Anger management trainer Micha tries to help Benni with a lot of personal investment, but he begins to lose his professional distance.

Benni is 8 years old and always wears bright pink, but she isn‘t cute in the slightest. She‘s mostly angry. She screams, runs away, and hits other children, which is why she has landed in many group homes with stints in the children‘s psychiatric clinic as well. When she‘s not angry, she often falls into a kind of apathy, looks out into the distance, lets others roll by. We don‘t find out what is going on exactly, the reason for Benni‘s explosive behavior, only that Benni hates it when you touch her face because she had a traumatic experience as a small child. People don‘t know about this or forget it numerous times and Benni‘s reaction is like the eruption of a small but powerful pink volcano. Now social worker Ms. Bafané, one of the few people that Benni trusts, takes the girl to a new group. She also gets a school aid, Micha. When her new group home father finds out that Micha normally supervises violent teenagers, he scoffs. Micha‘s coolness and experience with dealing with violence lets Benni run aground with her demanding ways, but he is also really there for her and seems to offer stability in the life of the restless child.

A lot of research went into making SYSTEM CRASHER. The film is made in a very precise and naturalistic way when it comes to the structure of the welfare system and the caregiver‘s handling of the children, while also being a very stylized drama in which dazzling dream sequences illustrate Benni‘s internal life and her untamed energy is scrutinized but also celebrated. If you keep hoping that Benni will get a hold on things and one relationship after the next fails, SYSTEM CRASHER feels like a nerve-wracking thriller.