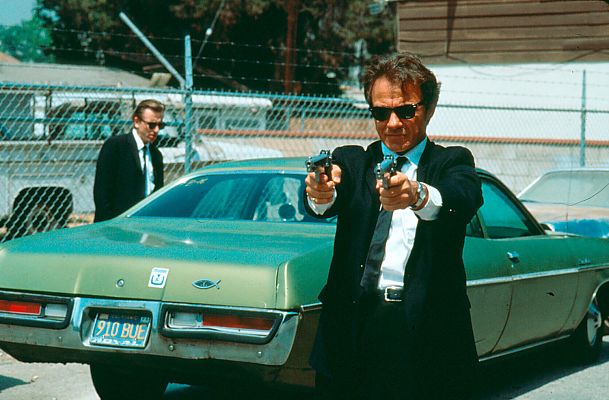 After a heist which did not go to plan six gangster meet up at an abandoned warehouse. They only know each others' colourful codenames and a few of them begin to suspect that there might have been a mole in their midst. As one of them lies bleeding, another takes it upon himself to extract some information from a cop. And then there is the boss' son Nice Guy Eddie, who is on the way and intent to sort things out.

Quentin Tarantino's debut feature borrows heavily from Ringo Lam's CITY ON FIRE (1987) but gives it a very individual spin, thanks to a killer soundtrack and impressive performances from Harvey Keitel, Tim Roth and Michael Madsen.

And you'll never hear "Stuck in the Middle with you" the same way again. 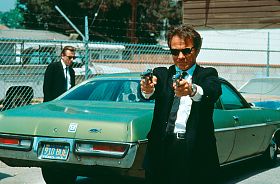