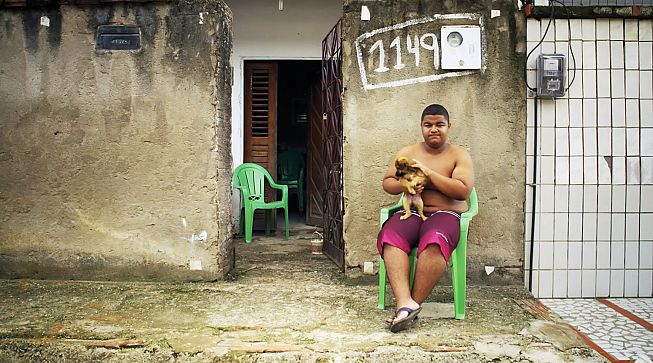 “Monobloc", the injection molded plastic chair, is the most sold piece of furniture of all time. The documentary follows its reputation from Hamburg to Uganda, India and Brazil.

Everyone has probably sat on it once, it has surely broken under some, but who has thought more about the Monobloc chair? The injection molded plastic chair has been sold a billion times around the world, making it the most sold piece of furniture of all time. French designer Henry Masonnet invented it, but he failed to patent it. Maybe that‘s why the chair can be found in different variations around the world. Also in Africa, Asia, and Latin America. It‘s an eyesore, at least from the perspective of a western traveller who is expecting to see other things in the African outback or the Asian mountains. But this attitude reflects the colonial, western gaze that doesn‘t understand how important such a cheap piece of furniture is for the development of poorer countries. This aspect is also what Hauke Wendler‘s documentary MONOBLOC is about. It begins in Hamburg, but travels to Uganda, India, and Brazil. And while pedestrians in Hamburg express their disapproval of the plastic chair when asked on the street, describing it as environmental pollution and uncomfortable, the attitude towards the Monobloc is very different in emerging nations. In India this cheap furniture has enabled many people living to not sit on the ground anymore and eat there, which was a tradition but also not very comfortable. In Uganda the Monobloc serves as the basis for much needed wheelchairs, since “proper“ models would be far too expensive there.