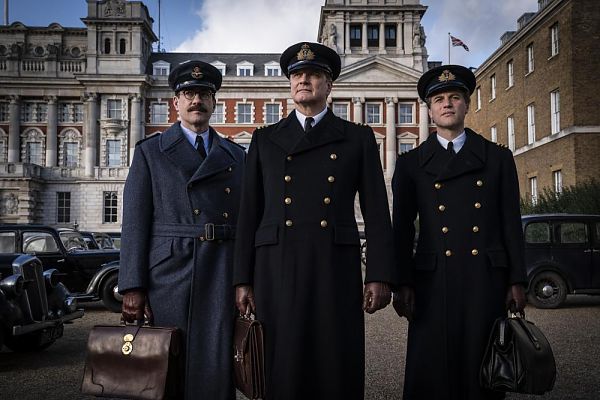 It‘s astounding how time and again cinema can uncover new or lesser known events from the past. However, the story of what happened in OPERATION MINCEMEAT isn‘t so new, especially since there was a 1956 film titled THE MAN WHO NEVER WAS directed by Brit Ronald Neame starring Clifton Web and Gloria Grahame. Now countryman John Madden has taken on the operation and filmed a war drama with Colin Forth in the main role which fulfills all the criteria for classic entertainment cinema. Madden reconstructs the events of the successful depective maneuver with which Great Britain was able to outwit the Germans in World War II with tension and espionage, romance and jealousy, power games, intrigue, and a dash of British humor. Specifically, it was about letting Hitler and his troops believe that the allies had planned an invasion to Greece and tactually attacking from Sicily, the actual target. In order to convince the enemies, the Brits foisted falsified documents on a corpse which drifted on a Spanish beach in order to feign the crash of a courier. Michelle Ashford, who wrote the screenplay, doesn‘t just mix facts with a lot of fiction, but also finds a language which has humor, heart, and rhythm which diverts from the dry specifics of the tricky operation. Director John Madden has enough control over the many characters and plot strands so that it never gets boring, even though his version of events can sometimes veer dangerously close to being kitsch.