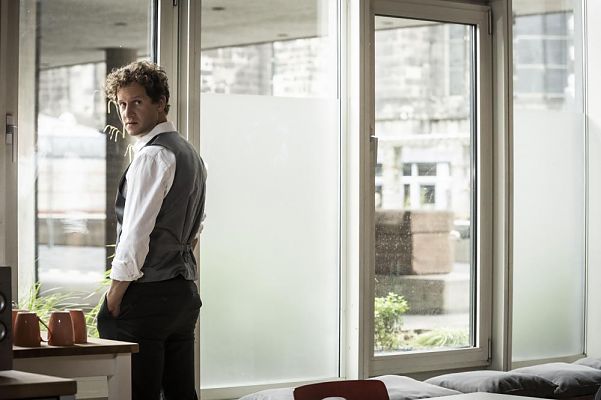 Julius is a compulsive liar. He processes information and overheard conversation snippets and turns them into events, anecdotes and a biography that he changes as often as others change their shirts.

For Julius, the enigmatic young man in Jöns Jönsson‘s second feature AXIOM, lies are part of the program. He can‘t help but consistently lie to himself and his environment. He processes information and overheard conversation snippets and turns them into events, anecdotes and a biography that he changes as often as others change their shirts. He tells his colleagues that he comes from aristocracy as they go on a sailing trip together at the start of the film. But his boat that allegedly belongs to his family isn‘t there and his family isn‘t wealthy in any way. In order to get out of it without getting found out, Julius has to think up something quite spectacular. He lands in the hospital and it is only the encounter with his mother that lets us know that his strange behavior wasn‘t a one off event.

If it were formulated simply, you could assume that AXIOM is a portrait of a compulsive liar. But Jönsson‘s film, which is understated and reserved, is less a formulated character study and more of a provocation. The big question that comes up after watching Julius and his games for a while is: why? The director and screenwriter don‘t give any clear answers. Instead, Julius keeps getting carried away in his lies until his new girlfriend Marie (Ricarda Seifried) finds out. The fact that the film doesn‘t spin out of control despite its very ambivalent protagonist is all thanks Moritz von Treuenfels‘ convincing portrayal of a person that keeps reinventing himself in an uninhibited and driven way – without any concern of what he may lose along the way.