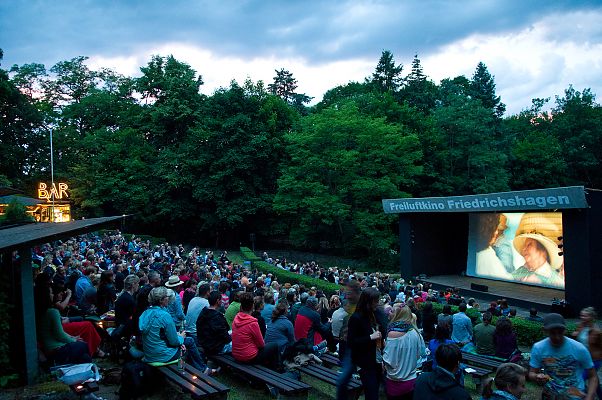 Probably the greenest open-air cinema in the city is located under the trees in the spa gardens in Friedrichshagen (in the former East Germany it was called “Hyde-Park”). The movie theatre opened in 1931 under the name “Nature Theatre Friedrichshagen” with 800 seats and standing room for 500 for theatre and concert events. A fire in 1946 destroyed a part of the stage. In 1948 the grounds were restored, but the stage was not in use for many years. The theatre has been the home to an open-air cinema since 1998. In 2006 Matthias Stütz, the owner of the nearby Union theatre, acquired the place.