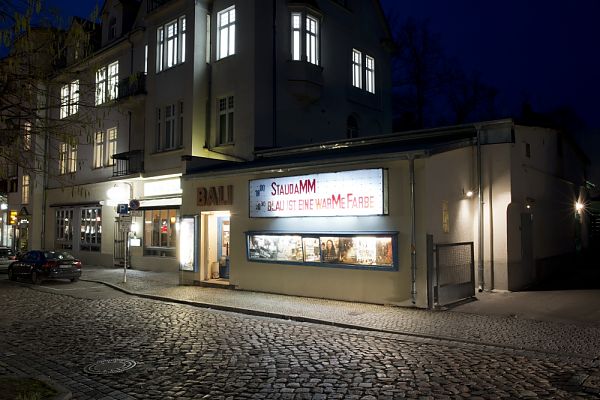 In the 1920s the Bali movie theatre was a dance hall. But thanks to the Russian soldiers who left a projector system behind, the space was transformed into a cinema in 1946. Helgard Gammert, one of Berlin’s only female cinema owners, is responsible for the programme. She combines crossover films and lots of children’s films with highly political films, German avant-garde, and a love for jazz. Alongside the film screenings, the space is used for concerts and readings.

Equipment: equipped for the disabled, Dolby-SR