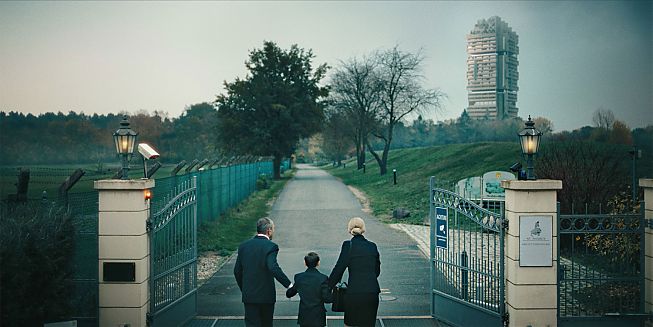 Wir könnten genauso gut tot sein: We Might As Well Be Dead

In a hostile world, the residents of a building complex shield themselves from the outside and bully neighbours in the building who break the rules.

Anna is the security offier of an apartment complex. Surrounded by a forest, the people here live behind a fence and play golf. You believe that you‘re safe, no matter what is lurking between the trees. The sought-after space is only awarded to you after a rigid assessment, a community requires order and transparency, after all. But Anna has a secret. Her daughter Iris is convinced of having an evil eye and has barricaded herself in the bathroom for days. She misses choir practice, the neighbors ask about her. Anna lies. Then the caretaker‘s dog disappears. More and more “unsocial, immoral, impetuous“ behavior creeps up. The disconcertion in the house creates a militia. Golf clubs become weapons, friendly housemates become block leaders.

Iris‘ behavior puts the mother and daughter more and more in the focus of the mistrustful neighbors, and Anna‘s situation is precarious in a doubly hostile world. The unnamed horror outside and the bourgeois terror in the building that also leads to some humorous moments with its Stepford vibes. The mob and the narrative remain simplistic, almost like a parable. Iris‘ mystical paranoia versus the rational behavioral codex, the kinks and secrets of the residents appear through the cracks of the clean facades. Director Natalia Sinelnikova studied photography before directing, which can be seen by the well-composed images that create the atmosphere before the narrative does. A dark mood arises from the 70s architecture when Anna walks along the long corridors, stands in narrow elevators, or roams around the fenced premises. Like an uncomfortable hum, the threat outside does resonate, because it actually looks quite peaceful on both sides the fence. 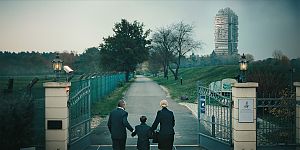 Wir könnten genauso gut tot sein: We Might As Well Be Dead

In a hostile world, the residents of a building complex shield themselves from the outside and bully neighbours in the building who break the rules.