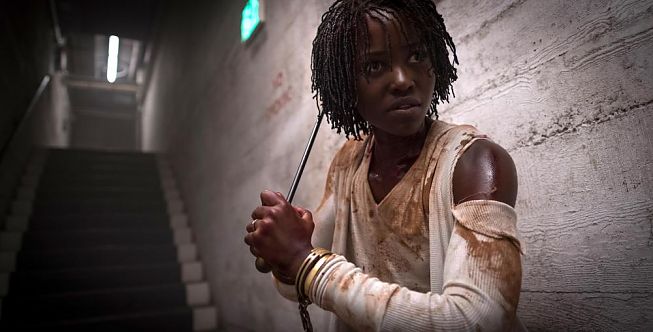 The Wilsons are a perfectly normal Black middle-class family until they meet their doppelgängers during one traumatic evening. An inventive horror film by Jordan Peele (GET OUT).

Jordan Peele’s second solo film cranks up the horror several notches from GET OUT, Peele’s marrow-chilling debut film in 2017.

US is a mash-up of all things creepy: amusement parks, cabins in the woods, grunting villains in convict-like jumpsuits, obscenely large and shiny scissors, topped off with a ghostly soundtrack by Michael Abels (GET OUT).

The Wilson family is on a beach holiday and all is well, until existence becomes as warped as the version of I Got 5 On It in the score.

Rumors of US and GET OUT being in the same universe really seem just that, rumors. The internet is trying but it’s hard to agree that the two films have anything to do with each other. It’s also hard to avoid talking about US without talking about GET OUT.

Since racism in the U.S. was the central theme of GET OUT, I expected some form of racial commentary. But apparently Peele told Rolling Stone earlier this year that race is not a theme in US. Still, the Wilsons, a Black family, are the central figures of the film (and not the first to die, so goes the running joke about horror movies). Nor do they fall victim to stereotypes and racial tropes in film and television. I decided that the normalness of the Wilsons is both a commentary on race and the absence of commentary.

Like GET OUT, US isn’t meant to be seen just once. It’s become characteristic of Peele to leave Easter eggs for audiences to pick up over multiple viewings.

What US also has in common with GET OUT is layer upon layer, upon layer of possible meaning. In another recent interview Peele likened US to a Rorschach test.

That US explores trauma, the good and evil of humanity and its alliances in a terrifying way, and that Peele has his own brand of horror which is redefining the genre, need no interpretation. 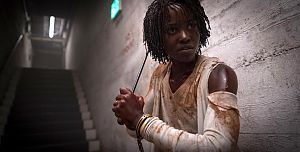 The Wilsons are a perfectly normal Black middle-class family until they meet their doppelgängers during one traumatic evening. An inventive horror film by Jordan Peele (GET OUT).