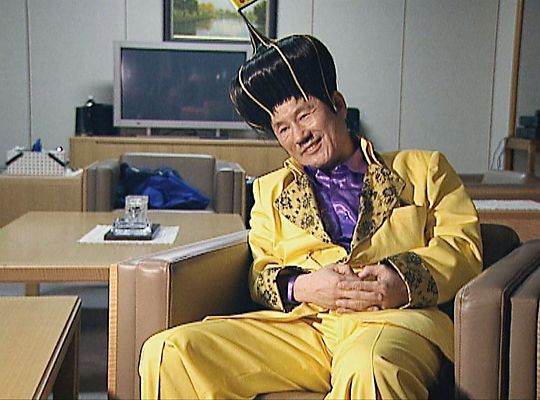 Why Are We Creative?

Herrmann Vaske leads us, both as an animated little man with a fringe of hair or “personally“ on camera, on his self-imposed odyssee to find the “white whale.“ He wants to find an answer to why people are creative. The idea arose around 30 years ago on a picnic with Paul Arden, the creative director of “Saatchi and Saatchi“ who has since passed away. Vaske has been running after celebrities in the creative field ever since, swinging his microphone at them and asking THE question with his charming, very strong German accent. And the answers are what you would expect. In the best case it‘s a nice anecdote (Tobias Rehberger wanted to sleep on a Van Gogh as a child), a joke (told by Marina Abramovic), or a small philosophical essay mixed with perfect self-staging. And the great David Bowie was simply the best at that. The filmmaker also writes a book on the topic and organises an exhibit in between. And Sean Penn‘s “Big Black Hole in Yellow“ was surely part of it.

It is striking that in the good, old days of the 90s, when Vaske shot with a guerilla attitude in 4:3, it seemed easier to get “important“ people in front of the camera. The atmosphere seemed more relaxed, less official, it even looks like fun. Sometimes the joke is in the edit, like when Vaske switches from the dust-dry Neo Rauch to a gum chewing Mel Gibson. Despite this you develop the strong need to also hear why the average joe likes to make pottery while listening to Angelina Jolie, Nelson Mandela, Bono, and other VIPS.