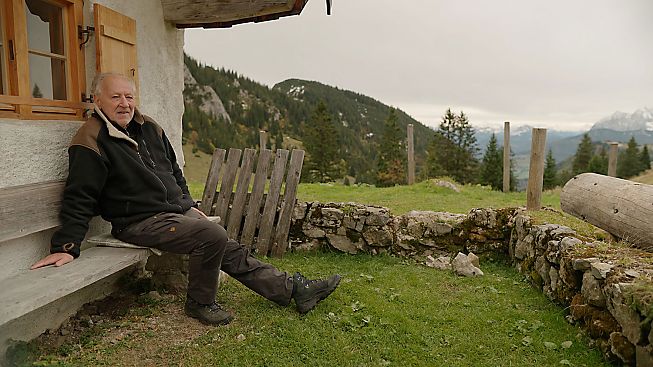 A documentary about the life and work of Werner Herzog, the autodidactic filmmaker who became internationally renowned for his eccentric films.

He ate his shoe in front of an audience. He was shot at while being interviewed. But that is unimportant. What‘s important is that he walked from Munich to Paris to heal the fatally ill Lotte Eisner. He hypnotized the actors of HERZ AUS GLAS,. He schlepped a 300 ton steamer over a mountain for FITZCARRALDO. He has directed films since the 60s, is still active today, and has inscribed himself into film history with unbelievable visual worlds that unfold on screen and are burned into memory.

The first feature-length documentary about Werner Herzog also works for people who are not familiar with his immense oeuvre, who are perhaps familiar with him as the bizarre sidekick of pop culture from “The Simpsons“ to “The Mandalorian.“Herzog experts can revel in film experts, listen to Herzog‘s voice as he talks about his work and his thoughts, retracing the views of his brothers Tilman and Lucki and his cinematographers Thomas Mauch and Peter Zeitlinger (though there are too many talking heads). Herzog recently came out with a worthwhile autobiography. Thomas von Steinaecker‘s film is an important extension, giving the same weight to the Herzog classics made in Germany and the barely known US films, the fiction films and the documentaries. Fortunately, Herzog still remains a mystical legend who is searching for a higher truth beneath the surface of reality with his films, with every visual. He never dreams, Herzog explains at the start of the film – thankfully: otherwise his films might not exist.