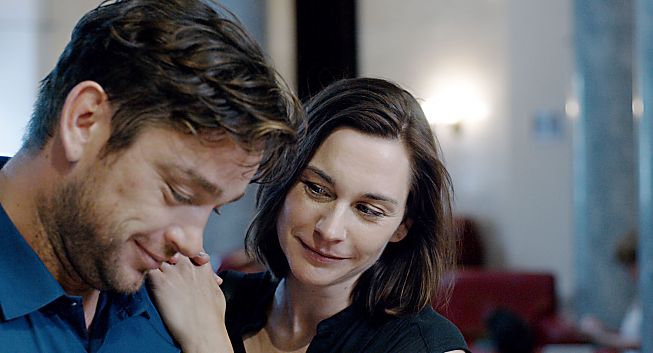 Paul and Astrid want to spend a romantic weekend in Hungary, but when Astrid recognizes one of the other hotel guests as her childhood sweetheart, the couple‘s trip turns into a trip to the past.

WAS GEWESEN WÄRE is a complex East-West story that carefully interweaves the past and present and transmits a feeling of how multifaceted the experiences after “the change“ were and how many stories from that time have yet to be told. Present day is set in Budapest. Paul (Ronald Zerfeld) and Astrid (Christiane Paul), both in their mid-40s and a new couple, spend their holiday at the Grand Hotel. It‘s a trip into the past for Astrid – she hasn‘t seen the city since her emigration from the GDR across Hungary to West Berlin – and it‘s a chance for the two of them to get to know each other better. That was Paul‘s idea at least, but when Astrid recognizes one of the other hotel guests as her childhood sweetheart, the past is suddenly more present than planned. Astrid starts drifting off into beautiful and painful memories, and the film also goes back with Astrid – to a party by the sea, her best friend‘s emigration application, the on-and-off relationship with Julius and the break which left loose ends behind. You can tell that director Florian Koerner von Gustorf has produced most of Christian Petzold‘s films, and you can tell it‘s his directorial debut by the somewhat brittle, melancholy tone and the blue-green everyday colors. He does not share the predilection for elevating genre cinema, however. Instead, von Gustorf and Gregor Sander, who wrote the screenplay based on his own novel, are very sophisticated in their telling of adults who carefully navigate the breaks, impasses, detours, and misunderstandings of a present in which personal histories are ever-present underneath and have to be mapped first.