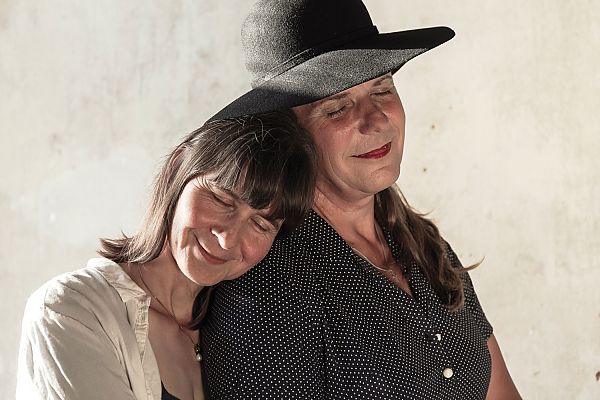 Trans – I Got Life

The documentary shows how plastic surgery can help trans patients feel comfortable in their bodies. It portrays men and women in different life and transitional phases as well as their doctors and their work.

I GOT LIFE is the subheading of the documentary TRANS directed by Doris Metz and Imogen Kimmel, named after the song from the Musical “Hair,“ which Nina Simone famously covered. The song celebrates the body that no one can take away from you: from the hair to the toes, the body to the genitals. For trans-identifying people, having a positive relationship to one‘s own body isn‘t a given. The documentary shows how plastic surgery can help patients feel comfortable.

It portrays trans men and women in different life and transitional phases as well as their doctors and their work. The gender confirming surgery is a milestone, a weighty decision that every trans person today has to make. Metz and Kimmel aren‘t shy about showing graphic images from the surgery room. It‘s a lot to handle at first, but you get used to it: the sober, professional conduct of the doctors has an effect. It is clear that the surgery is a live-saving measure – especially for trans women who can experience a lot of danger if they don‘t pass as cis women. But the protagonists just want to have a normal life and pursue their careers and hobbies, as a bus driver, a car mechanic, hockey player, or a carpenter. TRANS – I GOT LIFE shows how difficult the path there can be, especially in an intolerant environment, but also how beautiful it can be to be yourself and have lovely people around you to support you. The end of the cover of another Nina Simone song goes: “It’s a new dawn, it’s a new day, it’s a new life for me – and I’m feeling good.“ Even though there‘s a lot more to say about transness, it‘s the most important sentiment at the same time.