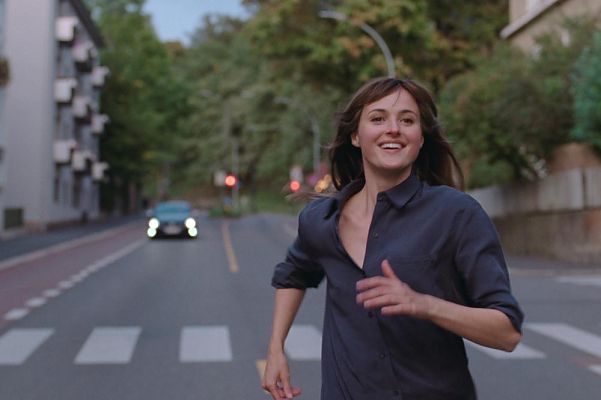 The Worst Person in the World

Julie, in her late 20s, is a woman without a plan. She changes careers and relationships and realizes that something has to change.

When you‘re in your late twenties, early thirties, you suddenly feel an urgency that wasn‘t there before. “He never thought that out of 1,001 possibilities perhaps 1,000 were already wasted and missed – or that he had to miss them, because he only applied one of them,“ writes Ingeborg Bachmann in her novel “The Thirtieth Year.“ Julie is dealing with a similar feeling. In the beginning of Joachim Trier‘s film THE WORST PERSON IN THE WORLD, Julie has a glass of wine in one hand and a cigarette in the other and is looking down at Oslo from a wide balcony. The first 20 minutes are about how she came to be on this balcony, with the simultaneously insecure and decisive look on her face which suggests that something has to change soon. The rest of the film asks the question of what needs to change.

Julie is a woman without a plan. She was always the best in her class, that‘s why she stars to study medicine but she realizes that she finds mental health more interesting and switches to psychology only to then realize that she would actually prefer to be a photographer and drops out of school. She works in a book shop to finance her photography. Her job as a bookseller goes from being a temporary student job to her actual job when she meets the successful underground comic artist Aksel who is 10 years her senior. On the balcony, this relationship is at a crossroads.

THE WORST PERSON IN THE WORLD has the lightness of a comedy, but there are also very romantic moments, especially a scene in which Julie runs to a new lover while the world around her literally freezes. But Joachim Trier‘s film is anti-romantic at its core. Julie‘s search for her bearings in her own life happens through relationship that she ends. She isn‘t financially dependent on these men, but her relationships determine her social space. The film inscribes a love economy determined by the social market value of the men and Julie‘s own socio-economic self-assessment: she comes from a middle-class, liberal family, is good looking, readily uses her privileges, but is still insecure. She seems to be convinced that she deserves to have a certain social standing. The relationships with men seem to actually be replacing something, it‘s just that Julie doesn‘t know what that could be.

THE WORST PERSON IN THE WORLD negotiates changing gender dynamics: Aksel, the underground hotshot, whose comic figure is reminiscent of a Scandinavian Fritz the Cat, gets into trouble for the sexism in his comics. The horny cat was considered cool and non-conformist but now it‘s suddenly boomer junk, as unnecessary as flip phones and guitar solos, but far more embarrassing. But it‘s actually less about the patriarchy in Trier‘s film and more about the moment in the lives of white, middle-class ex-teenagers in which they have to find satisfaction somehow. The moment in which the model of serial monogamy, run of the mill jobs, making art, which should actually lead to fulfillment, with some good and bad sex in between and some drugs – there‘s a thrilling drug scene – doesn‘t work anymore. It‘s about the moment when you have to make a decision, even if it‘s the wrong one. 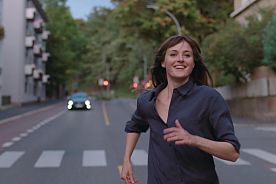 The Worst Person in the World

Julie, in her late 20s, is a woman without a plan. She changes careers and relationships and realizes that something has to change.