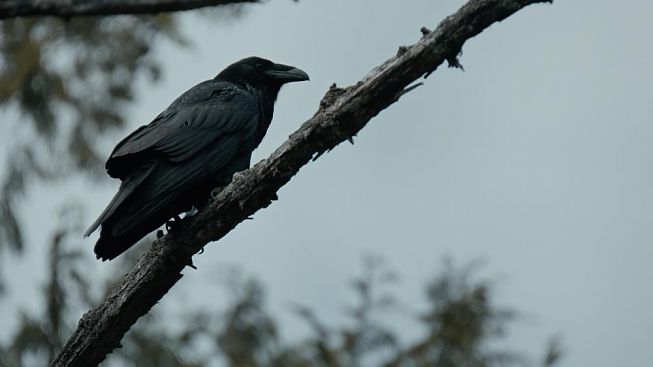 The Whale and the Raven

Hermann Meuter and Janie Wray record whale activities in order to use this scientific data to support the battle of the indigenous population of British Columbia against a planned liquid gas project.

THE WHALE AND THE RAVEN follows two researchers at work who are trying to save the whale population in the First Nation areas of British Columbia, Canada. German Hermann Meuter and US American Janie Wray record the whale activities in the region in order to support the indigenous population of British Columbia against the planned liquid gas project. That‘s how the industrial exploitation and destruction of a living space is protected in places where local people share space with other living creatures. Animal protection and anti-colonial fights are connected here – both are directed against the hierarchy, the ideal image of that being the white capitalist exploiter at the top.

In one scene researcher Janie is shown on a boat watching whales. Suddenly her eyes widen and her voice becomes shrill – behind the camera theres a whale that is unusually close and imposing. The camera stops filming Janie only when director Mirjam Leuze asks to film the whale. The actual topic of THE WHALE AND THE RAVEN is the almost manic fascination and emotional engagement of two researchers for their research subject. While the camera prefers to film Janie‘s reaction than the whale itself, the social behavior of the whale and the fight for first nation sovereignty is only mirrored in the two researchers. This makes THE WHALE AND THE RAVEN quite a classic portrait that doesn‘t quite succeed at questioning hierarchies.