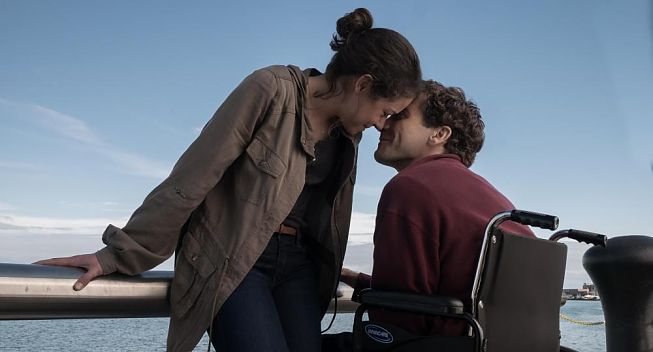 Jeff Bauman lost both of his lower legs in the Boston Marathon attack in 2013 and became a symbolic figure of US resistance against his will.

The uplifting slogan “Boston Strong“ was heard all across the US as a reaction to the 2013 bombing at the Boston marathon. The slogan encouraged a sense of togetherness in civil society that won‘t be brought to their knees by “the terrorists.“ A symbolic figure for the overall mood was 28 year old Jeff Bauman whose lower legs where amputated because of the explosion. He could describe one of the perpetrators in the hospital and gave the media a catchphrase that was perfect for the patriotic mood: “Boston Strong“ became “Bauman Strong.“

After Peter Berg‘s thriller BOSTON about the work of rescue teams and the hunt for the perpetrators, David Gorden Green delivers a quieter counterpart with the sober character drama STRONGER. Jeff Bauman‘s story is astute when it comes to interpersonal nuances in Green‘s hands. Jake Gyllenhaal (NIGHTCRAWLER) plays the lead role and Tatiana Maslany (Orphan Black) plays his sacrificing girlfriend Erin who broke up with him for the third time before the attack but stands by Jeff‘s side during his crisis. Erin is also protective of Jeff when it comes to his insensitive and alcoholic working-class family. Bauman‘s mother Patty (Miranda Richardson) enjoys the media buzz so much (“Oprah is coming!“) without realising how her son is uncomfortable with the unwanted status similar to BILLY LYNN in the Ang Lee film. Jeff‘s desperation shows itself in rage outbursts and sarcastic jokes (“you‘re sitting on my legs“). After the pleasant beginning that almost feels like a romcom, the emotionally powerful moments like the painful first change of dressing are all the more effective.