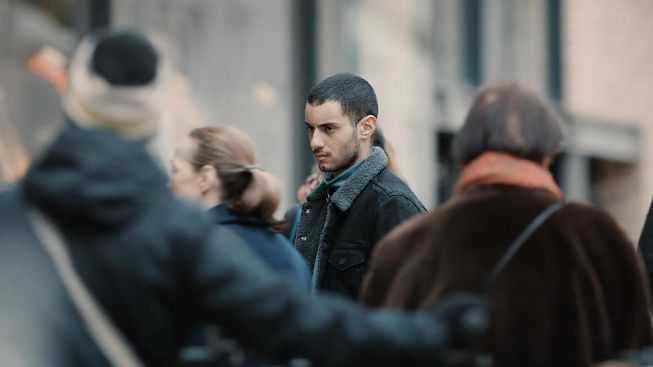 When Karim receives a worrying phone call from his brother, he leaves safe Hamburg and makes his way back to the Syrian crisis zone.

Karim (Medhi Meskar) knows no bounds when it comes to his big brother. When they still lived in Syria, Yassir and him were inseparable, they made music together. But then the Arab Spring came along. Ever since, Karim moved to Germany to study as per his parent‘s wishes and has lived comfortably in Hamburg with his pregnant girlfriend Lilly (Emily Cox) while Yassir has broken away from the family and has continued to fight for freedom in the homeland. When Karim gets a worrying phone call from his brother, he makes his way back to the crisis zone in order to find Yassir. Lilly supports his decision at first because she naively thinks the whole operation won‘t take more than 48 hours. But days turn into months and Karim becomes an involuntary revolutionary on the frontlines and eventually lands in one of Assad‘s prisons while looking for his brother.