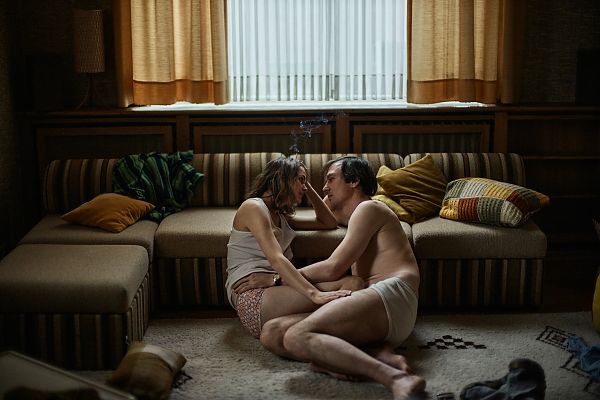 NAHSCHUSS tells the story of the case of Werner Treske who was assassinated on June 1981 in Leipzig. He was the last of a total of 231 death sentences and 166 enforced executions in the GDR.

It‘s too good to be true. The new job. The great apartment. Everything. “You work in internal investigations, right?“ Corina (Luise Heyer) quietly asks. Actually Franz (Lars Eidinger) wanted to tell her in a different way. But how do you explain to your fiance that you‘ve just made a deal with the devil? That‘s at least how the young engineer feels shortly after starting the new job: Main Directorate of Reconnaisance, football section. Franz is meant to work for the Stasi as a loyal citizen. As a reward, the prospect of a professorship is dangled in front of him. But first he has to bring a top East German player who fled to the West back home. Together with his boss, senior officer Dirk Hartmann (Devid Striesow), he travels to West Germany. Franz soon sees the first fractures in the system.

NAHSCHUSS is the story of the Werner Treske case who was executed in Leipzig in June 1981. It was the last of a total of 231 death sentences and 166 enforced executions in the GDR. Director and screenwriter Franziska Stünke made a film about the fate of the former Stasi captain as the battle of an individual against the state: frustrating, gruelling, hopeless. Eidinger plays him well, without condescending to the figure. Striesow has the crooked smile of a Stasi lieutenant, the accurate gestures, the hidden, dishonest gaze. Stünke visualizes the work using brown-gray-yellow toned images, understored with music by City, Karat, and Ton Steine Scherben, to situate the events in a specific time and place. However, the film feels strangely disengaged, it‘s quietly touches on things, but keeps to a distance till the end – as if there was a wall, even still today.