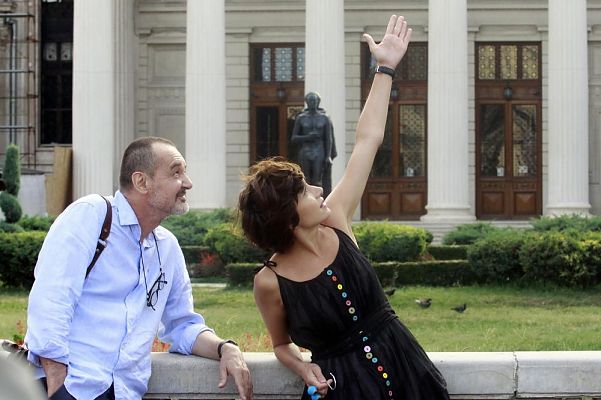 Radu Jude‘s new film is an ambitious project – a film that wants to both fight Romanian historical revisionism and gauge the limits of artistic engagement. The title is a quote by fascist dictator Ion Antonescu,who said this during a massacre on Bessarabian Jews in Odessa. Under the supervision of the SS, Romanian troops rounded up and executed 30,000 people over a few days, with a precision and hastiness that impressed even the highest Nazi commandos. By the time Antonescu was overthrown in 1944, an estimated 280,000 people of Jewish faith and 11,000 Roma people were killed.

Like in many places, these dark parts of national history are repressed in favor of more appeasing narratives of oppression by foreign occupiers and the heroic independence war. This is where Radu Jude‘s film begins: the occupation of Odessa and the deportation of the Jews living there is meant to be jogged into the collective memory with the help of a a reenactment with amateur actors. The form of the reenactment makes it clear that history isn‘t a given, but that it is always being retold. Furthermore, Jude constructs another alienating layer by fictionalising his own film production. I DO NOT CARE IF WE GO DOWN IN HISTORY AS BARBARIANS also goes into the problems of a director (played by Ioana Iacob) making a serious piece of art without letting himself be corrupted by state censorship or the population‘s lack of understanding. These poles of criticism, censorship, and ignorance are played against each other in dialogue that is riddled with references and quotes in an exhausting way. The full effect of Jude‘s innovative narrative style only unfurls towards the end of the film.