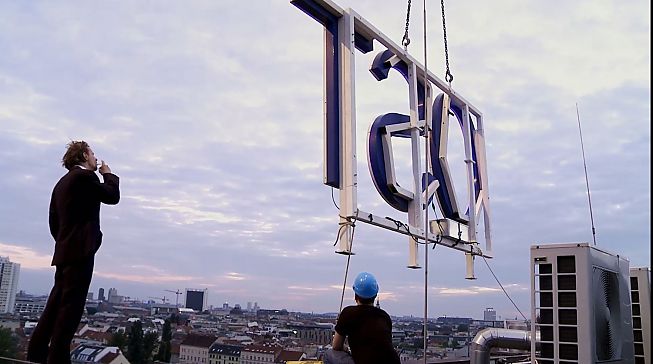 A Berlin theater legend, controversial, glorified, and now history after 2 decades: the Volksbühne director Frank Castorf. Andreas Wilcke accompanied the last season 2016/17 with the camera. He assembles a collage of snapshots of rehearsals of the last staging of “Faust“ by guest performers and collected behind the scenes material, aspects of theater you could either love or hate. Long, rolled out scenes of Castorf stagings, repetitive and narcissistic, waiting it out for one brilliant image, one great acting moment – you know that about theater. The stage sequences in the film seem to be chosen a bit randomly – this way every individual can remember their own Volksbühne, their own favorite moment. We see director Castorf during the conceptual rehearsal of “Faust,“ insulted because of his termination and so self-involved that he doesn‘t find it necessary to explain to the ensemble why the piece is set in the French colonial empire. Later on in rehearsal we see him as a disciplined trainer or monologuing about backgrounds and history, knowledgable and associative, but without great interest in whether anyone can follow him. The questions of how the collaboration with the fascinating and highly individualistic actors worked and how they mutually enriched each other remain open. The film celebrates the complex work of the trade, the manual and time-consuming effort of the theater, and the Volksbühne‘s artistic attitude under Castorf: you can make theater and art the way you do because you have to – and not in order to fulfill some kind of requirement of being current.