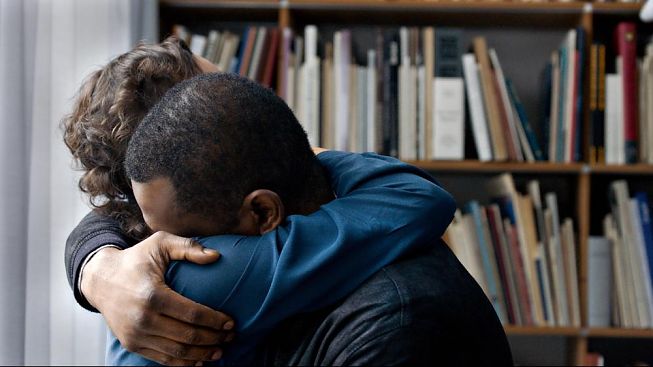 One day Frankfurt curator Monika stumbles into an African bar and meets the mysterious Joseph during a raid. A complex love story begins.

LE PRINCE is about Frankfurt curator Monika (Ursula Strauss) who stumbles into an African bar and meets the mysterious Joseph (Passi) during a raid. Joseph is polite, good-looking, works in the import/export business, and is looking for investors for a diamond mine. He takes Monika to a different bar and leaves her by the counter at first in order to do some business with Russians. Monika goes but leaves her phone number behind. This is how the relationship begins.

Lisa Bierwirth‘s debut deals primarily with the question of trust between lovers, inspired by the story of the director‘s mother. Joseph keeps disappearing and is in need of money time and again. Monika‘s environment, the highly cultured, bourgeoisie circle, warns Monika with racist overtones: “I can understand the fascination...“

The film remains distant from its main characters and isn‘t very interested in the foundation of their relationship. There are tender moments and sex, sometimes the two of them laugh at the beginning of a scene, but it‘s unclear what they‘re laughing about. Joseph says: “men are scared of you. I‘m not scared.“ Joseph remains mysterious and erratic. Monika is depicted in a more complex way. She masters the tone of the cultural elite: “you shouldn‘t check it, you should correct it!“ However, she seems insecure and awkward at vernissages: “I can‘t do small talk.“ She keeps helping Joseph, he keeps disappearing, and proudly says: “my father was colonized, I won‘tbe.“ LE PRINCE wants to tell a complex story about love, racism, and the post colonial condition, but so many things remain open that the film seems more like a cautionary tale and a case of mother-bashing.