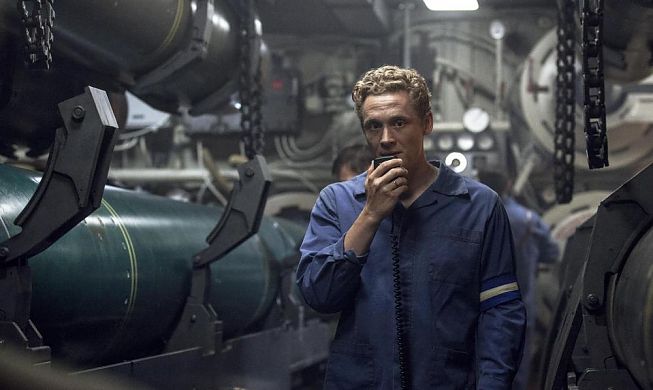 Thomas Vinterberg (THE HUNT) made a film about Russian submarine “Kursk“ that was damaged in a maneuver in 2000 and sank to the seabed with 118 crew members.

The drama surrounding K-152 “Kursk“ in 2000 was a human tragedy. First it was the failed rescue mission, then it was a wasted opportunity to warm the relationship between Russia and the West. In this respect, Thomas Vinterberg (THE HUNT) isn‘t a bad choice for the screen adaptation. But Luc Besson‘s production company “Europa“ funded it and the combination of action and drama doesn‘t quite work. At first you think you‘re in a Scandinavian arthouse film. There are celebrations and alcohol, the marine is introduced as a family substitute. But the appearance of Matthias Schweighöfer and August Diehl is already jarring. Matthias Schoenaert‘s 9 year old film son Artemiy Spiridonov is the only Russian in the ensemble of this pan-European production. Schoenaerts plays the captain of Kursk, Mikhail Averin. A good-natured man who keeps a clear head when the nuclear submarine runs aground. A malfunction detonates the explosive devices on board. The majority of the ship lies in ruins. A handful of men survive, the film now keeps cutting between the drama under water and the political tactics. At home Mikhail‘s pregnant wife Tanya ( Léa Seydoux) and the other wives fear for their husband‘s lives. Colin Firth appears as a British captain that offers help on the mission, and you see Max von Sydow again, who plays the commanding minister in the Russian cabinet. Robert Moore‘s book “A Time to Die“ lays the foundation for KURSK, numerous experts helped with the background information. But the screenplay by Robert Rodat (THE PATRIOT) is unbalanced, the cinematography by Anthony Dod Mantle (SLUMDOG MILLIONAIRE) is too far away to capture the claustrophobia under water, and a few highly tense moments aren‘t enough to make it a gripping catastrophe thriller.