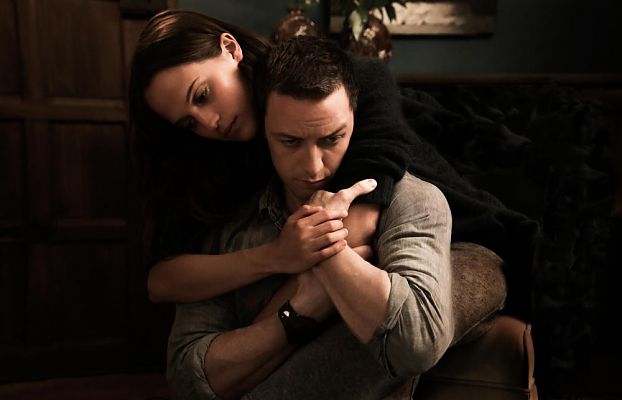 A MI6 agent pretending to be a hydraulic engineer and a deep-sea researcher fall in love on the Norman beach. He is then captured by Islamists and she submerges in the Nordic Sea.

The plot of Wim Wender‘s new film SUBMERGENCE makes it seem like a powerful melodrama: James (James McAvoy), a MI6 agent pretending to be a hydraulic engineer, and Danielle (Alicia Vikander), a deep-sea researcher, meet each other on vacation on a Norman beach and fall in love. Both want to save the world. She wants to do that by researching life in the depths of the Polar Sea and showing people something about the essence of life. He wants to spy on a nAl Qaida offshoot in Somalia. James doesn‘t reveal his identity to Danielle, even though she might be suspecting something. He is held captive and tortured and she doesn‘t understand why he isn‘t contacting her. She will be stuck in a submarine under the Polar Sea later on.

What sounds like it could go wild with metaphors and even top the idea of gigantic ships crashing into icebergs in service of a story of young love is actually a serious adaptation of a serious novel by British author J.M. Ledgar, a book „ obsessed with unexplored depths, whether of self, of world conflict or of the ocean“ according to The New York Times. Wim Wenders lets his protagonists think a lot. Danielle keeps working with her test tubes and keeps fumbling on her phone: an existential crisis! James talks to different Islamists and we find out that Islamism isn‘t so great. Since SUBMERGENCE is a Wenders film, there are also film quotes, especially from Jean Vigo‘s film classic L‘ATALANTE, probably because Wenders thinks more of cinema than he does of terrorism. He‘s right about that, but good cinema is better than SUBMERGENCE and connecting a quote from Vigo‘s poetic film with images of a drone attack is distasteful at best.