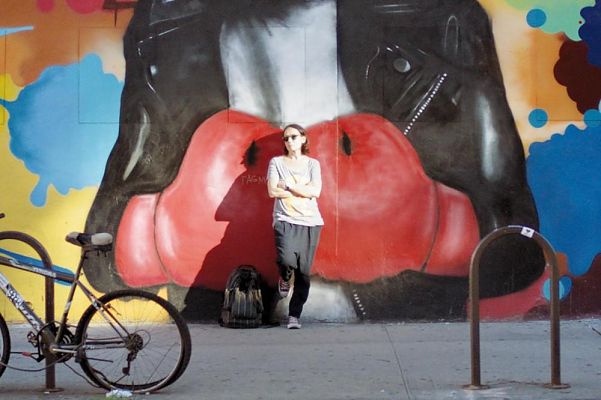 Father Horst Brasch was the founder of the Free German Youth and a SED official, children Thomas, Klaus, Peter, and Marion are all artists, writers, actors, and novelists. Annekathrin Hendel‘s documentary reviews the family‘s history between ...

Annekatrin Hendel‘s documentary could also be called “A German Family,“ or perhaps more specifically an “East German Family.“ Horst is the father, born in 1922, founder of the Free German Youth (FDJ) while he was in exile in England during World War II and had increasingly important positions in the GDR upon his return. Thomas, Klaus, peter, and Marion are his children, born between 1945 and 1961, all artists, writers, actors, and novelists, more or less radical, some expatriated, some conformed– and all of them died young except for Marion.

A fascinating family with a fascinating history that mostly plays out in the east but also in the west. With the help of interviews with the survivors, friends, and women, children, and grandchildren, underscored by archival footage and passages from Marion Brasch‘s novel “Ab jetzt ist Ruhe. Roman meiner fabelhaften Familie,“ Hendel shows a family that might not be prototypical for the GDR, but does display a lot about the realities of the GDR and especially the generational conflict by depicting multifaceted biographies and the father‘s role. This was especially striking in 1968, when Thomas Brasch was in prison for distributing regime critical leaflets while his influential father let him sit there for 2 months. A few years later Thomas was thrown out of the country and the family whose destiny was so entwined with the history of the GDR was separated. Almost literally, because the “pater familias“ died on August 18th 1989, a few weeks before the fall of the wall. A screenwriter couldn‘t think up anything better and so Annekatrin Hendel doesn‘t have to do much more than listen to the witnesses of the time and to let the astounding, comprehensive family history that says so much about recent German history stand on its own.