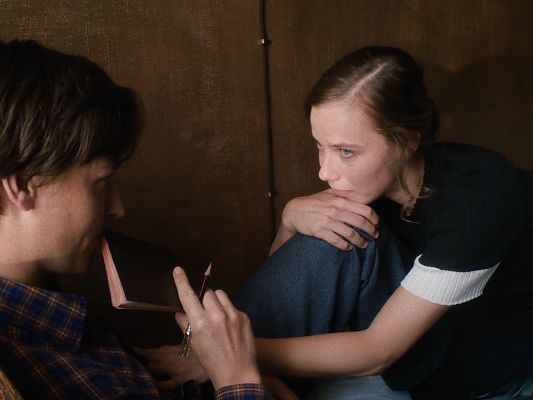 Fabian or Going to the Dogs

Berlin, 1931. A milieu between sublets and the underworld, where brothels are artists’ studios, Nazis are yelling abuse in the streets and Babelsberg is dreaming of producing “psychological cinema”. Life is surging, society is fermenting and corroding. As long as he still has a job, Jakob Fabian, who has a doctorate in German studies, writes advertising copy during the day and frequents the city’s more outlandish establishments with Stephan Labude at night. While his friend – who later confesses to having failed “in the subjects of life and profession” – is a go-getter when it comes to communism and sex, Fabian remains sober and distant. Without really believing in it, he is waiting for the “victory of decency”.
(Berlin Film Festival)