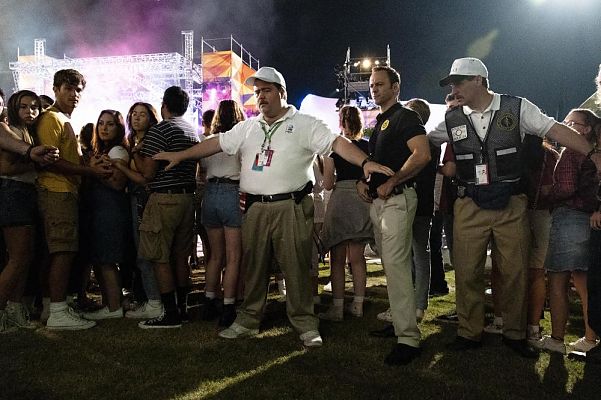 Security guard Richard Jewell discovers a bomb in the 1996 Olympic Games in Atlanta and is celebrated at first, but is later grilled by the authorities and the media.

It seems that lately Clint Eastwood has been most attracted to US Americans who have been celebrated by the public at first and then grilled by the authorities, the media, or their own conscience. AMERICAN SNIPER, Eastwood‘s questionable portrait of one of the most impeccable elite snipers in the US military, is one of them, as well as SULLY about the pilot who successfully landed a full passenger plane in an emergency landing on the Hudson River and then had to justify himself. RICHARD JEWELL is somewhere in the middle of this trilogy. A very dedicated Paul Walter Hauser depicts a guard that prevents a big bomb attack in the Olympic Games in Atlanta in the summer of 1996 only to be the tragic victim of a false accusation who was then caught in the media fire. But Eastwood makes it too easy for himself when it comes to presenting the facts and some fiction does comes into play. The relationship between the FBI and the press as well as the characterizations of some of the supporting actors seem unrealistic and cliche. It seems as though the master director has significantly strayed from the sharpness and brilliance of his earlier works. However, Eastwood succeeds in showing the misfortune of a man‘who would do anything for his country but who fits the profile of a terrorist due to his stature and traits in the director‘s signature formally reduced style.Sam Rockwell plays the casual but empathetic lawyer of the falsely accused with wit and verve, while Hauser‘s Jewell‘s hair-raising naivety is portrayed with an appropriately stoic calm. Their dialogue as well as Jewell‘s inability to follow the agreed upon defense tactics are some of the strongest moments of the film.