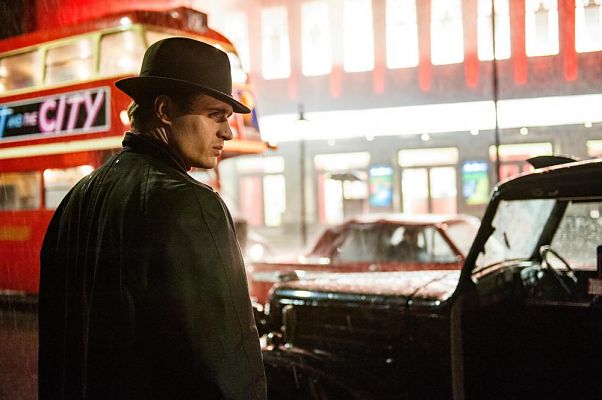 The mysterious murder of a family patriarch, a tyrannical, father figure, who loomed over a decaying empire, permeates this latest Agatha Christie romp.

The mysterious murder of a family patriarch, a tyrannical, father figure, who loomed over a decaying empire, permeates this latest Agatha Christie romp. Although uneven and mild in comparison to its more thrilling ‘whodunit’ formulas: is it the gardener, the cook, or the moody matron? It is precisely CROOKED HOUSE’s knowing and outworn form that allows it to delve into a more meandering, brooding, cinematic space than its predecessors. An enjoyably camp theatricality unfolds, thanks to its raucous, and impeccable cast, and to its faint murmurs of Sirkean-melodrama-kitsch. Glenn Close plays the ravishing, androgynous aunt who discloses cryptic, menacing clues in the form of Zen koans; Gillian Anderson makes a comeback as a jaded, kinky ‘I don’t give a shit that my child just fell off a giant fir tree and almost died’ coolness. Set in the late 1950s, the film reeks of post war, ‘our great British empire is collapsing’ anxiety. Rock & roll, and Las Vegas casino women seep into the manor house walls of an otherwise, stifled, and repressive family household. The delightful, unexpected kitchness of a midnight, marble staircase, child-ballet-dancing scene, was welcomed as a moment of cathartic relief. The most memorable lines in the film: “Are you not sad about the death of your grandfather’?” “No. He was just another one of those stinky capitalists.”