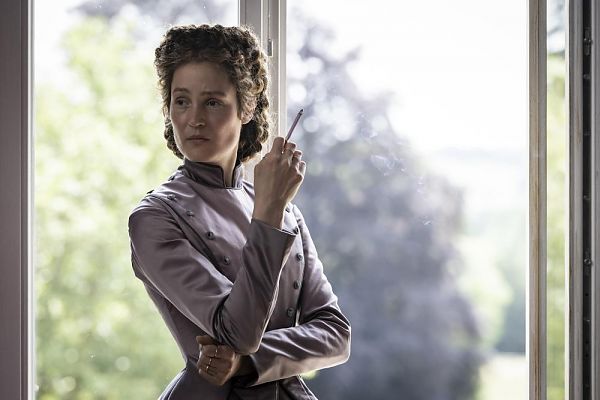 Every day the corset is laced and the hair is brushed for hours. Austrian empress Elisabeth (Sisi) keeps getting thinner and more headstrong. She resists the pressures of the court, rides horses for hours, goes travelling.

First she slowly topples backwards, then her eyes roll. And then, at the right moment, it‘s about losing balance and believably falling to the floor. That‘s how Elisabeth (Vicky Krieps) acts it out in front of her second cousin Ludwig II when they‘re alone, after she pretended to faint at a public appearance with her spouse Franz Joseph ( Florian Teichtmeister) so as to evade her imperial duties. It is these tricks as well as her courage to refuse and rebel that has protected the Empress of Austria from complete despair for a long time. However, her royal life in the winter of 1877 isn‘t easy despite this. Especially not at 40 since she‘s considered to be over the hill.

This is exactly when Marie Kreutzer begins the story in a film that is artistically refreshing and fascinatingly contrarian, just like the monarch everything revolves around. Vicky Krieps plays Elisabeth as a woman of stature who is increasingly battling with the expectations and limitations that she is faced with. Receptions, dinners, ceremonies are becoming more and more bothersome which is why she likes to get up in the middle, faint, or not even appear to her husband‘s annoyance. She prefers traveling, or better yet: being with her horses, since riding outdoors helps her switch off more than any drug when the pressure and the anger gets to be too much.

The Austrian director conjures an austere, angular and sometimes painful image. Elisabeth‘s color of choice is purple, but it could‘ve also been black. The events are enlivened by a great soundtrack, fantastic, subtle humor and above all the thrillingly wild, uninhibited yet extremely controlled performance of Krieps, who, despite her resistance, forces herself into a corset every day and holds her breath for a moment until she has herself and her body under control. Her performance is as bold as Kreutzer‘s film which emphatically avoids the rigid trappings of historical biopics in every shot. 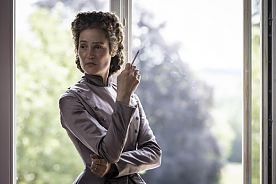 Every day the corset is laced and the hair is brushed for hours. Austrian empress Elisabeth (Sisi) keeps getting thinner and more headstrong. She resists the pressures of the court, rides horses for hours, goes travelling.