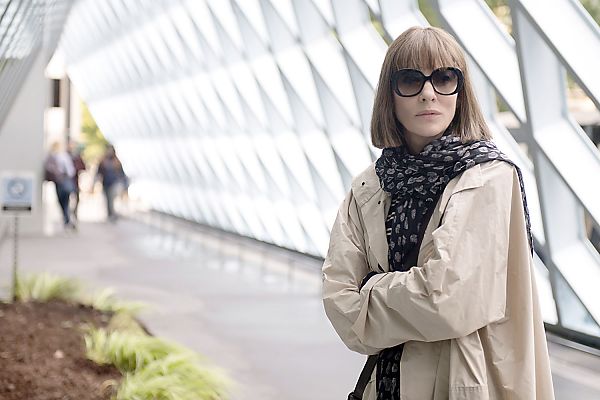 Cate Blanchett is Bernadette Fox. Once a celebrated architect in LA, she is now a feared, eccentric neighbor and mother in Seattle.

Cate Blanchett is Bernadette Fox. Bernadette used to be a celebrated architect in LA, now she‘s primarily a feared, eccentric neighbor and mother in Seattle. She lives in a rundown, palatial estate with her teen daughter Bee and her friendly husband Elgie (Billy Crudup) who works at Microsoft, and spends most of her time dealing with her many neuroses. Since being unsociable is at the top of her list, closely followed by claustrophobia and depression, Bee‘s high school graduation wish to travel to Antarctica is her personal worst case scenario. Bernadette‘s behavior becomes more erratic and hostile every day, and she only seems to trust her Indian online assistant Manju, whom she dictates elaborate requests, like the strongest medication against seasickness known to man. When Elgie finally intervenes, Bernadette splits, just like that. Bernadette is a thwarted genius on the edge of madness. A quick-witted artist who is toxic to her environment, loving to her daughter, and radically going her own way. The role of Bernadette from Maria Semple‘s bestseller “Where Are You, Bernadette?“ seems perfect for Cate Blanchett, but Richard Linklater has included so much feel-good benevolence, that Blanchett can‘t flex her muscles. Before the drama begins, it is already over. Kristen Wiig played über-mom nightmare neighbor Audrey and most of the eccentricity comes from the designs of Bernadette‘s old architecture projects and the half-finished corners of the old house.