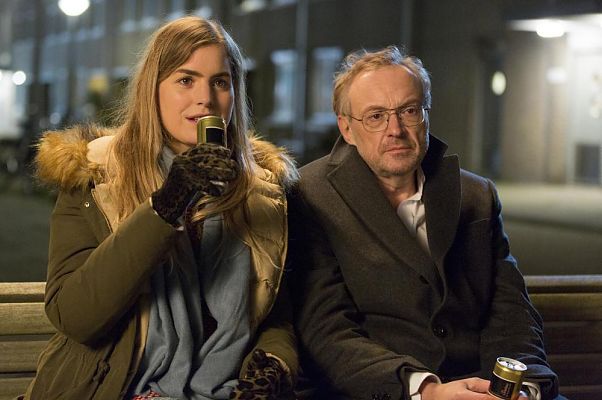 Arthur, who wants to end his life in a clinic, and Claire, who is depressed, meet each other in Amsterdam and form a tragicomic community of destiny.

There‘s only one night that separates moody Arthur (Josef Hader) from the end. The Austrian in his early 50s flew to Amsterdam to end his life in a clinic. Everything is prepared to a T. He wants the last thing he does to be done well, he says. Interactions with the outside world aren‘t planned, but then he crosses paths with hotel neighbor Claire (Hannah Hoekstra): Arthur has to stop the 30 year old from killing herself, ironically enough. The unlikely pair reluctantly become a community of destiny and decide to spend Arthur‘s last hours together in the Dutch metropolis. Now it‘s up to Claire to convince the depressed Arthur to change his death plan.

Leading actor Josef Hader and director Miguel Alexander adapted the screenplay of ARTHUR & CLAIRE from the play by Austrian playwright and cabaret artist Stefen Vögel. They are very successful in toeing the line between Hader‘s typical black humor and moving, emotional moments and the tragicomedy never becomes schmaltzy or cynical. This is also thanks to the two fabulous actors that tackle this difficult subject matter and the contradictory feelings both protagonists feel which lies somewhere between frustration, vulnerability, and hope with the necessary mix of laconism, coolness, and sensitivity in the same vein as unconventional couples like HAROLD AND MAUDE or Scarlett Johansson and Bill Murray in LOST IN TRANSLATION.