Bent Hamer (KITCHEN STORIES) has made another film involving bizarre scientific research projects and reclusive but loveable scientists. This time the recently divorced Marie has to travel to Paris to get the Norwegian norm kilogram readjusted.

Marc (Benoît Poelvoorde) and Sylvie (Charlotte Gainsbourg) meet in a small French town. They spend the night together and make a plan to see each other again in Paris. But they miss each other at the agreed meeting spot. Some time later Marc ...

The mysterious drifter Borgman finds refuge in a wealthy suburban home. What follows is a dreamlike, family psycho trip in which the strange man deceptively integrates himself into the family.

When none of her birthday guests turns up, Ariane drives down south to Marseille where she ends up at a small Café far from the main attractions. Ariane meets odd and delightful strangers and begins to remember what it feels like to be happy.

In his documentary film DIE FAMILIE Stefan Weinert interviews those left behind by people shot trying to flee East Berlin and asks what happened to the perpetrators.

In the middle of the class riots that followed the 1999 financial crash in Ecuador rich kid Juan Pablo falls in love with Juano from the nearby pueblo. 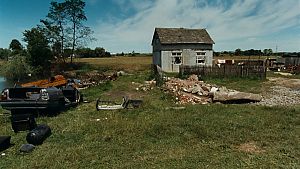 A nameless village. Pawel, the only village resident named in the film disappears. His house is looted. In their unconventional film, artists Anka and Wilhelm Sasnal tells the story as a kind of parable.

Heli, a young mexican factory worker, who just about manages to take care of his wife and child, his father and his twelve-year-old sister Estela, by a fatal mistake becomes involved with the mafia.

When Kai dies, his mother Junn, who never knew that her son was gay, and his boyfriend Richard meet for the first time in a grey London cityscape. LILTING tenderly tells the story of how two strangers tentatively come to share their loss.

20-year-old Winja travels to a remote winter sports hotel at the Russian polar circle to find her lost love, Andrei – who is already there with his wife and children. Other obscure guests of the hotel are the Russian Oligarch Wsewolod Starych, the ...

Guillaume is convinced he wants to be a girl. His neurotic mother and the rest of his conservative family are convinced he is gay... A comedy about identity, alienation, and sexual discovery.

Matt Berninger is the lead singer of the indie rock band The National. His brother Tom is an amateur filmmaker of horror films and thinks indie rock is all bravado. But both think that it's a great idea for Tom to make a documentary about the band's ...

The priests Jacob and Dominik are best friends. When Dominik is accused of harassing a minor, Jacob is devastated. He has to come terms with this knowledge and decide where his allegiances lie.

Wish I Was Here

Zach Braff’s tragicomedy WISH I WAS HERE is a follow-up to his indie cult hit GARDEN STATE. For this film he brings together a group of quirky and loveable everyday heroes.