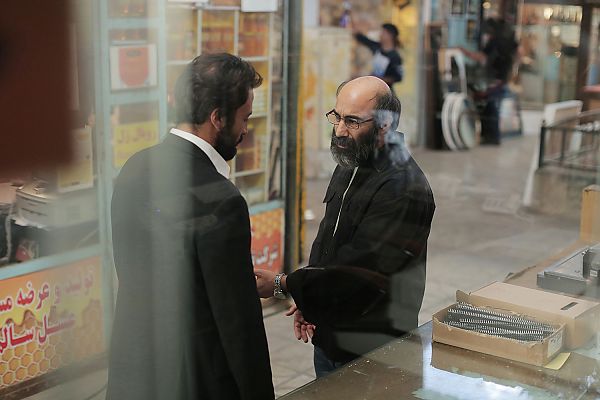 In Asghar Farhadi‘s film A HERO, Rahim, who is in prison due to his debt, could bail himself out with the help of a found wallet but decides to return it.

A few years ago there was a film from Iran with the German title A MORAL DECISION. It is a title that is fitting for most of the films from the country. That‘s especially true for Asghar Farhadi, whose masterpieces A SEPERATION and THE SALESMAN received an Academy Award for Best International Film.

The protagonist of A HERO is Rahim (Amir Jahidi) who is in prison, not because of a serious crime but because he has debts he can‘t repay. This isn‘t trifle in conservative Iran, but a question of honor. There‘s the option of getting bail if the creditor accepts it. After he is released, Rahim secretly meets with his girlfriend Nazanin (Sarina Farhadi) who seems to have a solution for the problem: a few days ago she found a bag with gold coins in it. If they sell it, Rahim could pay off his debt and the couple could finally marry. But things go differently. Rahim wants to return the coins to the owner and is suddenly presented as a morally pure hero with integrity – at least for a short while.

Farhadi really understands how to portray people who definitely aren‘t bad people, who don‘t do anything bad, but who get into unfortunate situations for very human reasons. There‘s no way out for Rahim in the end, he has entangled himself in too many half-truths and explanation attempts for that. You could call it merciless, the way Farhadi lets his protagonist suffer, but on the other hand it‘s incredibly realistic, and that‘s where he shines.