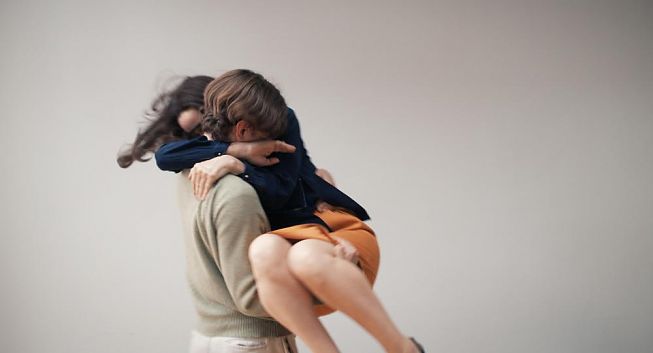 60 year old actress Anna takes a job as a language trainer. Her first client is 17 year old Adrian who stole her wallet shortly before. The two quickly develop a playful, flirty dynamic.

Anna is an actress and is having a bad day. She is dissatisfied with both her job as an audio book speaker and her handsy colleague. She quits even though her career has hit a snag. On her way home, her bag is stolen at her regular cafe. While everything in Anna‘s west Berlin apartment reminds her of her glory days, in reality she‘s barely getting any roles anymore. She is persuaded to start a part-time job as a language trainer and, wouldn‘t you know it, her first client is the bag thief. She is meant to prepare Adrian, an orphan in the care of the youth welfare service, for his performance at the school theater. The two outsiders develop a playful, flirty dynamic. Anna comes alive again and shy Adrian opens up. She becomes an important person to him. The duo travels to southern France. It becomes romantic.

WILD director Nicolette Krebitz‘s charming, enraptured narrative is reminiscent of the Nouvelle Vague tone. The treatment of the topic unfortunately also seems like it‘s from that era. The romantic couple is a 17 year old yearning for attention and a 60 year old who feels empowered by being the star in this relationship. Anna denounces the patriarchy and rejects Adrian‘s sexual advances (at first), but the imbalances of what follows are ignored. It‘s as if #MeToo never existed. The framework works, Sophie Rois as Anna is fantastic, there are surprising supporting characters like Udo Kier as the landlord and biggest fan and nicely chosen details and great costume design. However, Anna and Adrian start a romance that raises questions that the film doesn‘t want to face.